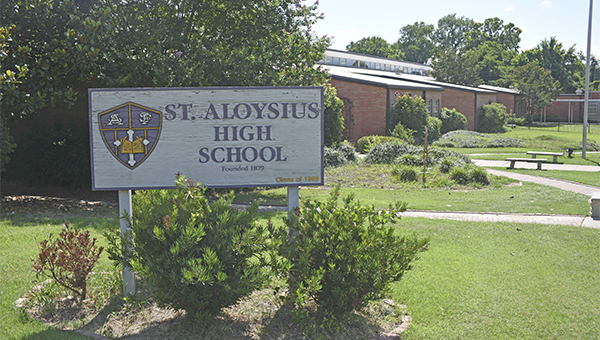 Vicksburg Catholic School has decided to voluntarily withdraw from the Mississippi Department of Education’s accrediting process for non-public schools, because, “there comes a point where their interests and our interests kind of diverge,” St. Aloysius High School principal Buddy Strickland said.

In a letter dated March 7, representatives from VCS informed the Mississippi Department of Education’s Office of Accreditation of the decision to withdraw from the accreditation process.

Strickland said the withdrawal from accreditation was effective as of March 7, the day the letter was sent.

VCS remains accredited by the Southern Association of Colleges and Universities through AdvancED, the National Catholic Education Association and the Mississippi Association of Independent Schools, Strickland said, but the school will no longer be overseen by MDE.

“It wasn’t a quick or knee-jerk reaction, but something we have been studying as a school for at least two years,” Strickland said. “We are really deeply indebted to the Department of Education because they helped us get to a place we couldn’t have gotten to without their help, particularly with school safety and some other things.”

“As an alumnus and parent at Vicksburg Catholic School, I am excited about this new direction,” Nelson said. “While we appreciate our past relationship with the Mississippi Department of Education, this move is going to provide our students with the best educational opportunities going forward.”

Strickland said the decision, which impacts both St. Al and St. Francis Xavier Elementary School, was made because of the school’s desire to offer courses that are not on the state of Mississippi’s approved curriculum list and the potential of bringing in industry experts such as researchers from the Army Engineer Research and Development Center in Vicksburg to teach courses, something the state wouldn’t have allowed because they aren’t certified teachers.

At the time of its withdrawal, VCS was fully accredited by MDE with no deficiencies, Strickland said.

St. Al is one of four high schools in the Catholic Diocese of Jackson. St Joseph in Madison also withdrew from MDE accreditation for next year, while Cathedral in Natchez and St. Joseph in Greenville are maintaining their accreditation, Diocese communication director Maureen Smith said. Of the 13 schools in the Diocese, 11 remain accredited by MDE.

“Each school is getting to make their own decision,” Maureen Smith said.

Strickland said although VCS has withdrawn from MDE, “life has not changed at all for us.”

He added that the reaction from parents at VCS was, “so what?” Alissa Armstrong, who was the president of the parent teacher organization last school year, said she was notified of the change in status, “just in the last few days,” but she supported the decision.

“At Vicksburg Catholic School, we are focused on the academic success of our students in a Christian environment and anything we can do to further that as parents we support,” Armstrong said.

VCS development director Kristi Smith said a formal letter informing the parents of the change in status was scheduled to be sent out Thursday at 5 p.m. She added the school decided to wait until the beginning of summer to notify the parents because VCS administrators didn’t think the change was a big deal and, “didn’t want to make a mountain out of a mole hill.” Also, because the change is in reference to next school year, they were waiting until the current one ended.

Strickland said the one change that will occur because of their withdrawal will be the forfeiture of about $18,000 in textbook money from the state.

“Until this past year, we received about $25,000,” he said. “This year and years going forward we only received the money in monthly allotments. We could not really use it effectively.”