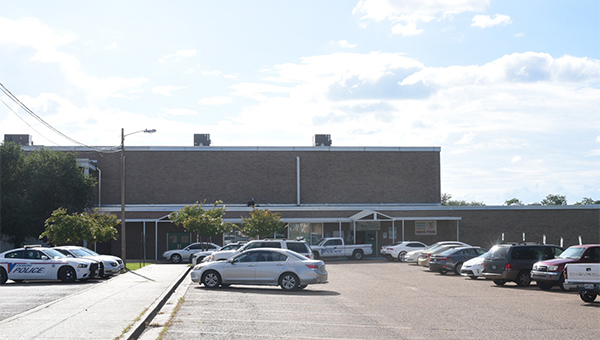 The Vicksburg Warren School District’s facilities upgrade plan, which includes projects at every school in the district, continues to progress as the second round of bids were received Tuesday afternoon.

Dale Bailey, who is managing the project for Dale/Bailey Architecture, said the bids for the project were about $60,000 over the planned budget, which they have contingencies built in to cover. The two bids were taken under advisement, as were the Beechwood bids. Both projects will be awarded at the July 26 meeting of the VWSD Board of Trustees.

The next project to go out for bid will be the large-scale project at Vicksburg High School, which Bailey said is about a $30 million project. The designs for the project were unveiled in May.

“We are working actively on the Vicksburg High School main project right now at an accelerated pace because of potential new market tax credits,” Bailey said. “It is looking to advertise middle of August and receive bids in the middle of September.”

Bailey said they hope to hear about the tax credits in the next 30 days, and that so far the news has looked positive.

The bids for the Vicksburg High project will be followed by the Warren Central High School project and then the athletics project, which includes work at both high schools, but will be bid as one project to make sure the work is equitable.

By the end of the year, Bailey said they also hope to have the bids out for work at the two existing junior highs, as well as the construction of the new Academy of Innovation, the only new school that will be built as part of the $131.5 million project.

“We have some preliminary concepts on it,” Bailey said of the design for the new AOI. “We should be showing the board something on it probably at the August board meeting. We have had meetings with the principal and the superintendent on it refining the program. It is pretty cool.”

The initial plan was to build the school between the existing junior highs, and while it will still be on the same site, Bailey said they are now looking at building it on the lot adjacent to the intersection of Mission 66 and Rosa A. Temple Drive.

“That is preliminary,” Bailey said. “The board hasn’t blessed that yet, but that is looking like one of the best sites. Very visible, very public and it will lineup all three of your junior highs right there together.”