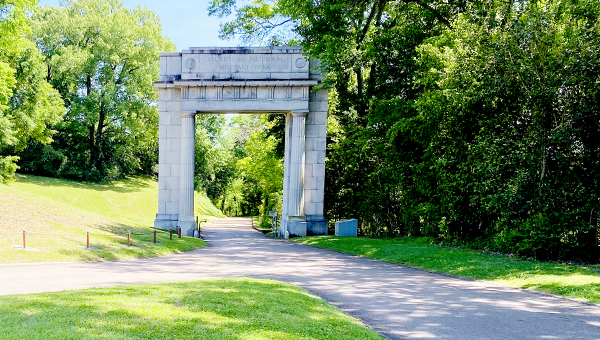 If he were Secretary of the Interior, Mayor George Flaggs Jr. said he would close the Vicksburg National Military Park.

Flaggs’ comment came during Sunday’s press conference on the city and county’s ongoing response to the spread of the COVID-19 virus. He was asked numerous times about the people who continue to gather at the park throughout the day and evening for recreational purposes.

Because the park is operated by the federal government, Flaggs said he has no control over its operations.

Justice said the park uses a risk assessment matrix to determine what areas might pose a potential threat to people, and it was used in the decision to close the visitor center and Cairo museum and restrooms to the public.

“We are constantly re-evaluating that,” he said of the matrix.

While park officials are not in a strong position to enforce the Centers for Disease Control guidelines, “We have done our best to underscore that people follow the guidelines from the CDC.

“We stringently ask people to follow the guidelines to keep the 6-foot interval and keep groups to 10 people. Even though you are outside, there is the risk.”

A message from the National Park Service on the park’s website says the service is modifying its operations on a park by park basis according to the latest CDC guidelines.

It tells potential visitors to check with park officials for any change in operations and urges visitors to follow the guidelines.

The park, which is Vicksburg’s and Mississippi’s biggest tourist attraction, commemorates the Siege of Vicksburg and covers 16 miles in the city and county.

Presently, some areas of the park, including the National Cemetery, are closed to visitors because erosion problems have affected roads in those areas.

People visiting the park either book a guided tour or do self-guided tours.

Justice said the guided tours and other events in the park have been canceled.

He said park rangers have developed educational programs on history for school children that are streamed over Facebook to help children and parents.