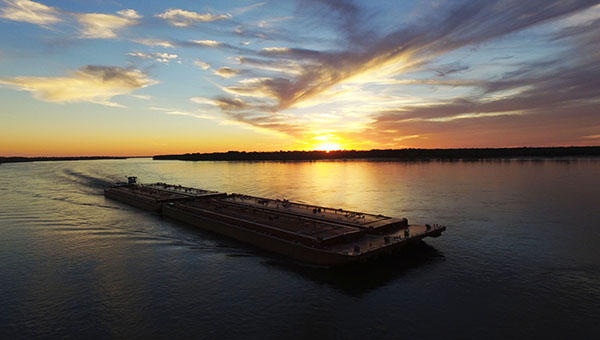 The effects of Covid-19 have caused a drop in business volume, but Golding Barge Lines is keeping busy the company’s president, Austin Golding said.

Presently, he said, business has been good, but added, “We’re busy now, but we anticipate a slowdown in coming months.”

A lot of the products Golding moves, he said, are used to make plastics that are used in manufacturing medical supplies and equipment, and manufacturing cleaning chemicals like detergents.

Also, he said, with oil prices down, companies have been buying petroleum for manufacturing products like fuel, and also storing crude oil and finished petroleum products in barges for sale later.

Golding said the company has installed safety precautions for boat crews. They are screened as they go on and off the boats.

“We also screen in the office. So far, we haven’t had anyone test positive,” he said. “We’re taking this extremely seriously. We’re meeting twice a day on our (safety) plan. We go through it and tweak it as changes develop.

“We want to take this seriously instead of being flippant and passive about it.”

Once a healthy crew member leaves on a boat, Golding said, “They’re pretty isolated out there. Some of our guys have volunteered to stay on the boats, they feel it’s safer there than at home.”

The virus, he said, has forced the company to incur more expenses, including hiring more people to serve as backups and ensure there are sufficient people available to crew the boats if needed.