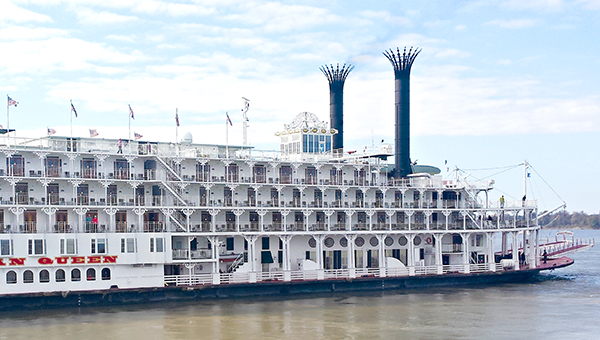 Vicksburg could welcome back riverboat cruises by late June

When the American Queen docks at Vicksburg’s riverfront in late June, it will not only bring with it hundreds of visitors but also the return of some normalcy to a local tourism industry needing a kickstart.

According to the Vicksburg Convention and Visitors Bureau, the American Queen announced it will return to cruising beginning June 21 with a scheduled stop planned for Vicksburg on June 24.

The docking will be the first in Vicksburg since March 14 and will put an end to the 70 docking cancellations recorded as of Wednesday.

And while the COVID-19 pandemic and the shutdowns and business restrictions that came in response to the virus’ spread hurt every sector of the economy, the shutdown of the cruise industry came in the midst of a historic year for Vicksburg.

Those 131 visits brought a total of 26,158 passengers, who impacted the local economy to the tune of more than $2.2 million.

“The riverboats coming back will be a great infusion into our downtown shops, restaurants, museums and for our tour guides. It will be great to see the riverboats back on the riverfront,” VCVB Executive Director Laura Beth Strickland said.

She said that while the American Queen will be the first to return, other cruise lines should be soon to follow.

Strickland said American Cruise Lines, the company that operates Queen of the Mississippi, American Harmony and America, is currently working on new protocols and procedures that will hopefully allow their return to cruising.

But the 70 canceled dockings were not the only cancellations that hit Vicksburg’s tourism industry.

As of Monday, Strickland said, when you add the canceled tours associated with each riverboat docking, to the other group tours, such as field trips and church groups, the area has seen more than 200 tours canceled.