Birthday girl asks for animal shelter donations rather than… 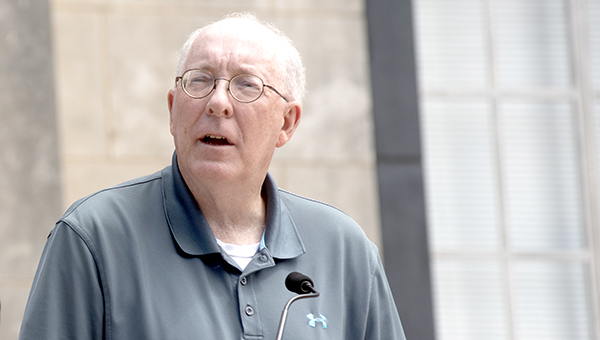 County officials to discuss how to expand access to courthouse, county offices

Any changes in the county’s COVID-19 policies and procedures for residents needing to conduct business at one of the departments housed in the Warren County Courthouse will have to wait until June 1.

“I really want to hear what each one of them says and draw them out,” Holland said at a Tuesday board work session. “The four of them form the nucleus of what happens in this building.”

Last Thursday, the board held a special-called meeting with other county officials to discuss the courthouse policies and procedures, but Holland said the supervisors didn’t hear from most of the officials with offices in the courthouse.

He said the Wednesday meeting is part of the process to determine how the supervisors will proceed with the present policies Monday.

“We’ll see what the four elected officials have to say (Wednesday) and that will help us understand how we want to operate,” he said.

Since March 19, the front entrance of the courthouse has been closed to public use. Those needing access to the facility have been using the building’s back entrance and are calling the needed department’s phone number before getting out of their vehicle.

Signs posted outside the back entrance to the courthouse have the numbers to the chancery clerk, circuit clerk, tax assessor, tax collector, district attorney and EMA/permitting offices.

At the time, Hardy said the policy’s aim was in keeping with suggested social distancing practices and to ensure there are no more than 10 people in an office at one time.

“We are doing this strictly for the safety of the public and the employees who work inside the courthouse,” Hardy said. “We still want to provide the service they are accustomed to but need to restrict the number of people in courthouse offices at any given time.”