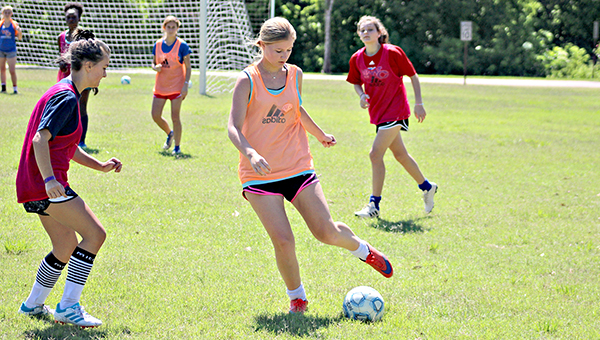 In an e-mail sent to coaches, Vicksburg Warren School District Athletic Director Preston Nailor said all coaches at Vicksburg High and Warren Central must submit a detailed return-to-play plan for approval before they are allowed to conduct summer workouts.

The plans were due Tuesday and will be reviewed by the Board of Trustees and Superintendent Chad Shealy for final approval at the board’s next meeting Thursday.

In the e-mail, Nailor said the plans must follow guidelines laid out by the Mississippi High School Activities Association and Centers for Disease Control.

Last week, the MHSAA voted to allow its member schools to resume summer workouts on June 1 — and Gov. Tate Reeves permitted schools to reopen gyms and weight rooms — but with plenty of limits and restrictions.

Games against other schools were prohibited until the start of the school year in August, and travel to summer camps is not allowed.

Beginning June 1, there will be a 14-day acclimatization period for athletes to get back in shape. Workouts during that period are limited to conditioning drills and light weightlifting, and all of them must be voluntary.

The MHSAA guidelines also require all facilities and equipment to be sanitized on a regular basis. Coaches must check the temperature of anyone entering a gym or weight room, and for symptoms of COVID-19.

In the e-mail to the district’s coaches, Nailor said the written plans must include information on daily activities, movements and responsibilities for coaches and athletes, and documentation that the cleaning and health checks have been done, among other things.

The school district will provide cleaning equipment and thermometers to coaches, and personalized school masks have been purchased for coaches and athletes to wear during meetings.

Because of the MHSAA’s mandated acclimatization period — and to give coaches time to submit plans — tryouts for all winter and spring sports teams have been moved to the week of June 22. Nearly 30 teams in a dozen sports and activities at Vicksburg and Warren Central had scheduled tryouts between June 1 and 15.

A revamped tryout schedule will be issued later in June.