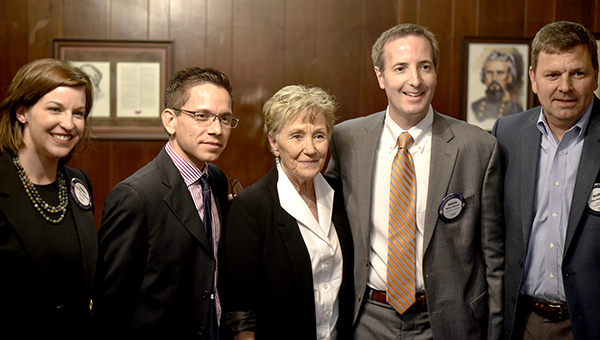 A familiar and experienced face is returning to the Warren County Port Commission.

Monday, the Board of Mayor and Aldermen named Margaret Gilmer as one of the city’s two appointments to the commission, filling a vacancy left open by the resignation Friday of Austin Golding.

During an emergency meeting of the port commission Friday to discuss other matters, Golding, who was not in attendance, had a letter of resignation submitted saying he needed to step away from the commission to focus on operations at Golding Barge Lines and a growing family.

“I am honored to serve the city of Vicksburg in this capacity,” Gilmer said. “I am so looking forward to seeing some of the things we had started during my first term come to fruition.”

Gilmer, a noted developer, in February was named to the Economic Development Foundation’s board of directors, one part of the Vicksburg-Warren Economic Partnership, which also includes the Warren County Chamber of Commerce and the Warren County Port Commission.

Gilmer joins current commission chairman Don Brown as appointees from the city. Mike Roach serves on the commission as an appointee by Gov. Tate Reeves, while Lambiotte and Winston are county appointees.

Gilmer will serve out the remainder of Golding’s term, which is set to expire in December 2023.