Mantz set to retire from The Post to spend… 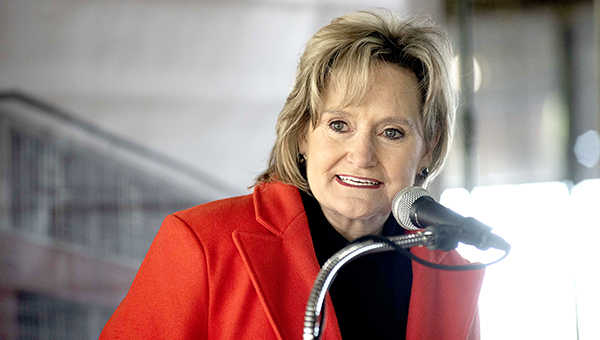 The U.S. Army Corps of Engineers is receiving comments regarding its proposal to issue a “Supplemental Environmental Impact Statement for the “Yazoo Basin Reformulation Study, Yazoo Backwater Area.” The public comments will help inform the Corps of Engineers Vicksburg District’s intent to prepare a SEIS on a new project proposal based on new data.

“Significant input from Mississippians, who understand how the lack of the pumps has harmed homes, property, and the environment, will make a difference in the steps the Army Corps takes on the Yazoo Backwater pumps,” said Hyde-Smith, who serves on the Senate appropriations subcommittee with jurisdiction over the Army Corps.  “In the past, the voices of Mississippians and residents directly affected by catastrophic backwater flooding, in particular, have been drowned out by outside groups with little to no connection to or understanding of the importance of this effort. We need to correct that.”

The June 15 deadline is the first set in the SEIS schedule, which includes an October 2020 goal to complete the SEIS report and release it to agencies and the public for review and comment.

“There is still time to make our voices heard and to play an important role in giving the South Delta the flood control it has needed for almost 80 years,” Hyde-Smith said.

This report is intended to help the U.S. Army Corps of Engineers reach a decision on the Yazoo Backwater Pump project in January 2021, opening the doors for actual construction. The new analysis will include wetland, aquatic, terrestrial, waterfowl, mitigation, endangered species, economic and other analysis.

Those wanting to submit comments to the Corps for their review can do so by the following routes:

There is also an ongoing effort by individuals and groups — including Finish The Pumps and the Delta Council — to collect postcards offering support for the completion of the pumps project.

In a previous article by The Post, one of the organizers of Finish The Pumps, Stormy Deere, said the group has postcards and collection boxes throughout the region in order to garner as much support for the project as possible.

For more information on the effort and a list of collection boxes, visit Finish The Pumps on Facebook at www.facebook.com/finishthepumps/.