Conference USA will no longer hold championship events in… 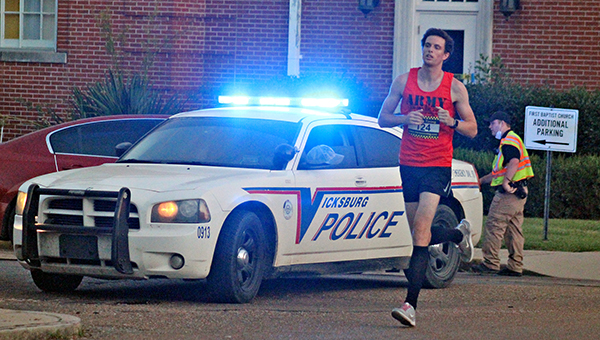 Runners and walkers returned to the streets of Vicksburg on Saturday night for Mississippi’s first competitive running event in months. In keeping with the times, one of them socially distanced himself from the competition. 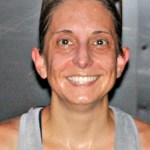 “It’s honestly great to be back. That four-month break, staying at home, was tough. So I was just really excited to get back and get into a race again,” Klock said. “It’s definitely different, after running on my own in the park for months, to come back to competition.”

The Star Spangled Night Run was the first Mississippi Track Club event since the COVID-19 pandemic led to restrictions on large gatherings in the state, and forced the cancellation of a number of races and other sporting events beginning in March. Coincidentally, the last Track Club race was also in Vicksburg — the Run Thru History on March 7.

With four months of pent-up energy and plenty of precautions against the virus, scores of runners and walkers were eager to get another taste of competition. A total of 123 people participated in Saturday’s race.

Some wore facemasks during the race, and many either before or during the postrace awards ceremony in front of the Southern Cultural Heritage Center. Instead of starting all at once, the pack was released in groups of about a dozen spaced 20-30 seconds apart. They quickly spread out once onto the course.

“We haven’t been to a race in three months. She travels all over. She’s part of the 50 State Half Marathon Club. We saw this on the board and thought, ‘We’ve got to get out.’ It was a release just to get out. Which it is maybe for a lot of these folks,” said Jackson resident David Clark, who attended the race with his wife Jennifer. It was their first since late February. “We don’t expect to have a major race until the first of the year. Everything that has been moved to September has been canceled. It’s been crazy.”

Vicksburg resident Linley Miles, a 14-year-old freshman at St. Aloysius High School, said she has been training with her school’s cross country team recently. She said it was fun to compete again.

“We’ve been training, but just for a couple of weeks. It doesn’t take very long to get back into it,” said Miles, who finished 32nd overall with a time of 29:42. “At first I was kind of like, ‘Eh.’ But then once it got closer, it was like, ‘It’s finally starting.’”

When the race started, it didn’t take Klock long to separate from the pack. He went out fast in the first wave of runners and quickly distanced himself from the others. By the time he made the return trip down Cherry Street to the start-finish line he was almost two full minutes ahead of the nearest challenger on his way to a time of 19:04. 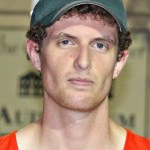 “I wanted to see where everyone’s pace was at, because I haven’t ran with anyone in a while,” Klock said. “Probably the first 400, 600 meters I was gauging the pace and then at about 600 meters I took the pace for myself. I usually start at a little faster pace and then progress from there.”

“It’s exciting. I’ve been running a lot more recently, so this is exciting,” Smith said. “It was good. I wanted just to do well and keep my times as close to eight (minutes per mile) as possible. I came pretty close, so that’s not too bad.”

Pranger remained the race’s only champion in the 5K race walk, winning it for the third year in a row with a time of 33:05.

Neal Roberson was second, in 34:13. Curry was third overall in 35:41. Curry edged Jennifer Agyepong by seven seconds to win the women’s title.

Like the runners, Pranger said it was good to get back to competing again. He is a fixture on the Mississippi Track Club’s statewide circuit, and has competed in the National Senior Olympics as well.

“Ever since the Run Thru History, we’ve been going to the Military Park three times a week. We’ve been training, just waiting for a race. I was surprised this race went. The Track Club canceled all of their races in June. This is a hometown race, so I said, ‘OK,’” Pranger said. “I did more training in the last four months than I have in the last five years, because I had nothing else to do.”