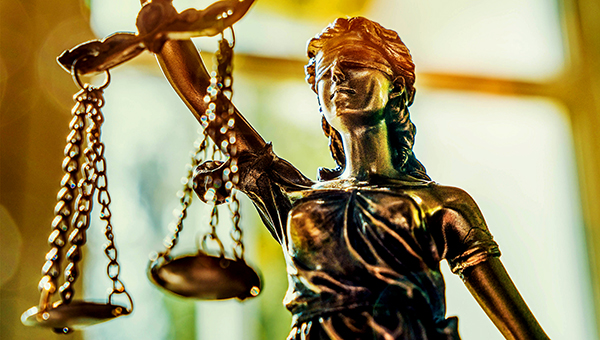 Six people have been indicted by the Warren County grand jury on multiple charges involving a May 19, 2019, running gun battle down Drummond Street.

Also charged was Damion Lamone Carroll, 25, 704 Maurice St., with one count of drive-by shooting, one count of shooting into a dwelling, and one count of possession of a weapon after felony conviction.

Ricky Lynn Butler, 25, 202 High Hill Road, and Latonya Denise Carroll, 47, 601 Speed St., Damion Carroll’s mother, were charged for being an accessory after the fact. They are accused of helping Damion Carroll elude police.

The indictments were handed down during the recently concluded May session of the grand jury.

According to reports from the Vicksburg Police Department, Smith, Ross, Fultz and Damion Carroll are accused of being involved in the running gunfight that began about 12:18 p.m. May 13 at Drummond and Bowmar Avenue and ended on Forest Street.

Multiple shell casings were collected from the street and one house was hit by gunfire during the incident.

According to reports, the incident was described as a small white car chasing a small silver pickup, with the occupants of the vehicles exchanging gunfire.

During the investigation into the shooting, police learned Fultz was driving the white vehicle.

Ross, who was wounded in the shootout, and Smith were passengers in the car, which was chasing the pickup occupied by Carroll and another man, Brandin Lane. The chase ended on Forest Street when the truck wrecked and Carroll and Lane fled on foot in the direction of National Street. Witnesses said the car drove off at a high rate of speed on Drummond in the direction of Lee Street.

Lane was killed in a February shooting on Bazinsky Road, which is not believed to be connected to the May 2019 incident. He was arrested after the chase and charged with possession of a weapon by a convicted felon and possession of a controlled substance. He was not indicted.

In another case, a Vicksburg man has been indicted on a charge of attempted murder in the September 2019 shooting of another man in the Kings community.

In another case, the grand jury indicted Jacorey Wright, 27, 110 Eva St., during its May session. The grand jury also indicted Wright on a charge of possession of a weapon after felony conviction. He was also indicted as a habitual offender because he had two prior convictions for armed robbery.

Wright is accused of the Sept. 14, 2019, shooting of Mario Luckett in the buttocks during an argument in the 500 block of Hutson Street. He fled the city after the shooting and was arrested five days later by U.S. Marshals in Irving, Texas.

• Kalif Andrew Ezekiel Jones, 22, 1418 South St.; armed robbery. He is accused of the Jan. 28 robbery at gunpoint of the Dollar General Store on Mission 66.

• Isaiah Jamal Leshun Smith, 18, 223 First Ave.; aggravated assault, possession of a weapon after felon conviction. He is accused of shooting another man during an argument at a home in the 800 block of Speed Street.

• Ke’Shawn Williams, 17, 502 Farmer St.; aggravated assault. He is accused of shooting a 17-year-old girl on East Street in July 2018. Williams was 15 at the time of the shooting. He was certified as an adult because he used a gun to commit a crime.

• Kenneth Ray Townsend Jr., 23, 343 Bayou Blvd.; domestic aggravated assault-strangling. He is accused of strangling a woman he was dating.

• Tabrika Cedreyal Jones, 26, 1912 Sky Farm Ave.; aggravated assault-domestic violence. She is accused of ramming her car into a car driven by an ex-girlfriend.