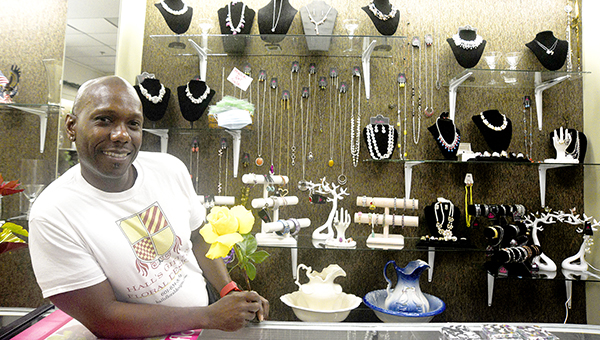 Hall’s is growing and thriving where it is now planted

For years Hall’s Gifts And Floral Design called a spot on Cherry Street home. But since January, the business has been a fixture of the Vicksburg Mall — now known as Uptown Vicksburg — and has thrived.

The move, owner Jacke Hall said, was an effort to broaden his reach in the community, and it has worked.

“There is more traffic out here and better visibility,” Hall said.

Hall opened his business in 2008 after deciding he wanted to strike out on his own and has grown the business into a full-scale florist, offering floral designs and gifts for everything from weddings, funerals to parties and home decorating for the holidays.

“It was entrepreneurship that made me open the shop. It had been something I wanted to do because I like to see people smile and make people happy, and I had always done it for other companies, so I wanted to do it for myself,” Hall said. “I wanted to have my name and my brand upon the happiness of others.”

The business, part of a wave of small businesses that have started filling vacant suites in the mall in recent months, is now looking to expand.

In the coming weeks, Hall said he plans to open another retail store and a restaurant in the same area of the mall as his current shop.

“We are opening a paparazzi jewelry store, which is a $5 jewelry store, and a soul food restaurant called Mama Lee’s and Mrs. Sheila’s kitchen,” Hall said.

Exact expansion and opening dates for these new businesses were not yet finalized.