Woman in custody following early morning assault on her… 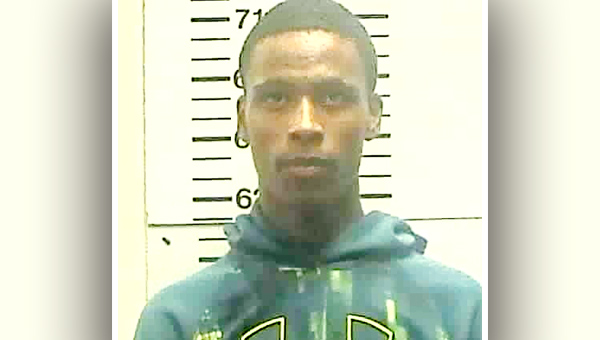 A Vicksburg man is in custody and charged with the theft of a pickup from a local convenience store earlier in the week.

According to Warren County Sheriff Martin Pace, 20-year-old Jaquan Burden, of Vicksburg, turned himself in to investigators at the Warren County Sheriff’s Office late Tuesday in connection to the theft of a 2015 Ford F150 from the convenience store at the intersection of Indiana Avenue and Lee Road.

According to Pace, just after noon Monday, deputies responded to a call of an individual’s truck being stolen from the parking lot. The victim reported he we went into the store, left the keys in the vehicle, and when he exited the store he saw that his truck had been stolen.

“Deputies were on the scene within minutes and through store security video, they were able to see an individual pushing a bicycle into the parking lot,” Pace said. “The individual laid the bicycle down, got into the vehicle and drove off. Deputies were able to identify the suspect from prior contact.”

He said that later, a deputy patrolling on Ironwood Drive noticed fresh vehicle tracks going behind an abandoned trailer. When the deputy walked behind the trailer, he discovered the stolen vehicle.

The following day, Burden turned himself in.

Burden appeared in Justice Court Wednesday, where Judge Jeff Crevitt did not set a bond on the auto theft charge due to the fact Burden was already out on a $50,000 bond, and tracked by an ankle monitor, for prior charges.

Burden is currently being held in the Warren County Jail.