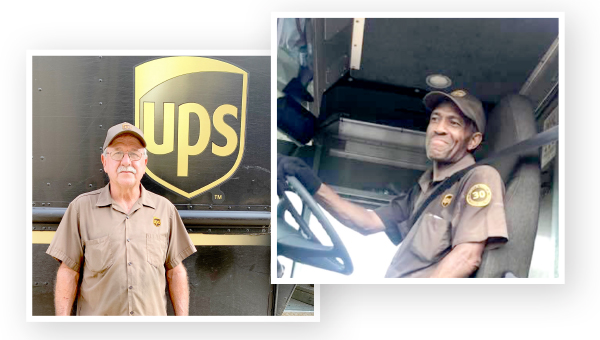 Wayne Lewis and Bobby Grace, both of whom have worked for United Parcel Service for more than 30 years, are set to retire. (Terri Cowart Frazier/The Vicksburg Post)

For more than three decades, these drivers delivered

For more than 30 years, Bobby Grace and Wayne Lewis have been running their routes and delivering packages for the United Parcel Service.

And now, after 38 and 36 years, respectively, both men are retiring.

A drive-by farewell will be held in honor of both Grace and Lewis Monday at 6:30 p.m. at the Outlets at Vicksburg, 4000 S. Frontage Road. All those they have served are welcome to come and wish them well.

Grace began his career with UPS after a customer in a Jackson convenience store where he worked suggested he apply.

Lewis applied for a job after being laid off at LeTourneau.

Through their years of service to the company and communities, Vicksburg UPS supervisor Rick Vaughn said both men exhibited exemplary qualities — one of which was neither men had a wreck on the job.

“This is very, very rare,” Vaughn said. “You go to a building with a hundred drivers in it, you may find five that would have driven for over 30 years and never had an accident.”

Another distinct quality both men share, Vaughn said, is their ability to forge relationships with their customers.

“They form a relationship with their customers and always look out for them,” he said.

No doubt this is true, since both men said what they liked most and will miss the most about their jobs were the people.

“No doubt it’s the people I will miss the most,” said Lewis, whose route covered Port Gibson. “You know everybody and everybody knows you and you got to know their families. They are what have kept me going this long.”

Grace, who lives in Ridgeland and drives to Vicksburg every day for work, was emphatic about what he loved most about his job.

“This is the God’s own truth, it’s the customers. I love my customers, every last one of them,” Grace said. “Since I have been in Vicksburg it has been just like family to me and they have been the light in my day for the longest.”

One customer, Grace recalled, had even put her hands on his shoulder and prayed for him because he had been experiencing severe gout in his foot.

“I will never forget that,” Grace said.

Being a UPS driver can have its challenges, though. While neither of the men had ever had a wreck, Lewis was been bitten by dogs and Grace was shot at.

A man with a gun climbed aboard Grace’s truck.

“I didn’t have any idea what he wanted,” Grace said.

Thinking at first it was some kind of joke, Grace said he pushed on the gun. But when realizing it was real and not a prank, he pushed the man down and the gun fell out of his hand.

Unfortunately, the man was able to retrieve the gun and fired seven or eight shots.

“All of them (the bullets) went by my head and two hit my truck,” Grace said.

Luckily, Grace walked away with no physical injuries.

Lewis can’t say the same with the dog bites.

“Yeah, throughout the years, I have been bitten about half a dozen times, and the smaller the dog the worse they were,” he said.

When asked how many packages they had delivered through the years, both men laughed.

“It has to be in the millions,” Grace said, and if one were to do the math, both men would have delivered more than one million packages to customers’ doorsteps.

For Lewis, he said, “It’s been a good ride, and I want to thank all the people in Port Gibson. They have been kind and done so much for me. People just don’t know how much good is in a community.”

“I want to say thanks to all my customers for being who they are,” he said. “My customers have really, really been good to me and I love them.” 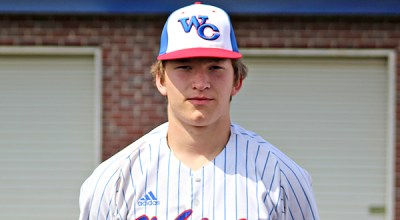