Plans have changed: Washington Street to remain open this… 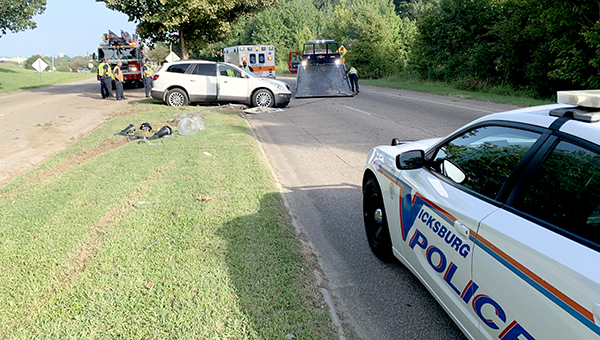 Emergency units responded to a two-vehicle accident on Clay Street near the main entrance of the Vicksburg National Military Park Wednesday afternoon.

The accident, which occurred just before 5 p.m., involved two vehicles, one of which crashed through one of the ornate light poles located in the median.

The cause of the accident remains under investigation by the Vicksburg Police Department.