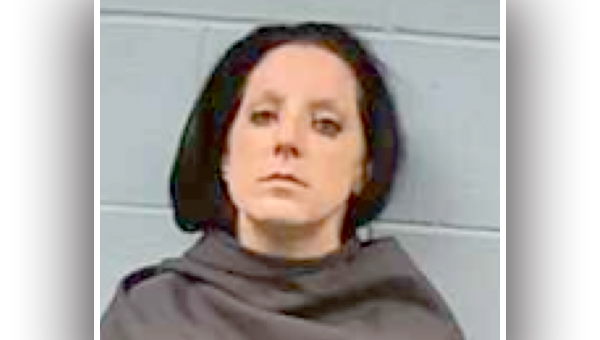 A Louisiana woman has been arrested and charged with a felony after she dismantled her ankle monitor.

Thursday, Sarah Ramshur, 32, of Rayville, who had been on house arrest by the city of Vicksburg for misdemeanor fines, was arrested and charged with one count of felony malicious mischief, the result of cutting off her ankle monitor.

Ramshur had been placed on house arrest for a misdemeanor contempt of court charge in August.

During her initial court appearance Thursday, Ramshur received a $20,000 bond and was placed in the Warren County Jail. Judge Angela Carpenter also bound her case over to the grand jury.

Vicksburg Municipal Court before Judge Angela Carpenter on Thursday, September 10, 2020, Ramshur was bound over to the Warren County Grand Jury on a bond of $20,000.

• Thursday, at 7:41 p.m., officers responded to a residence in the 1100 block of Crawford Street in reference to an auto burglary. The victim reported someone had taken a 3-ton Pittsburg floor jack from a 2008 Nissan Sentra. The vehicle had been left unlocked.

• Thursday, at 10:49 p.m., officers responded to an address in the 1700 block of Cherry Street in reference to an auto burglary. The victim reported someone broke into a 2012 Hyundai Tucson, stealing a Michael Kors purse along with personal items.