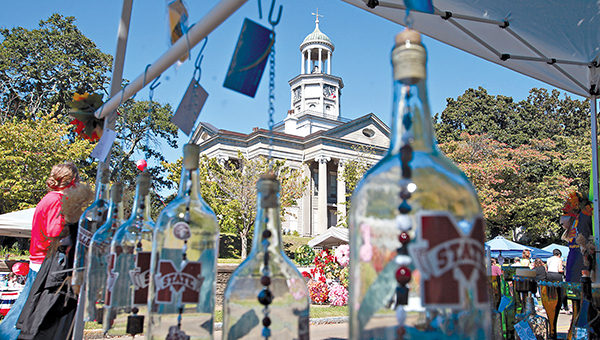 “We called the mayor (George Flaggs Jr.) and Ok’d it with him,” Bolm said. “What we’re going to do is keep 6 feet between each booth so it’s going to be about half the number of booths we usually have. It’ll be small, but it will give people a chance to get out and do some shopping.

“It’ll be outdoors and everybody will have to wear a mask.”

The flea market, which is approaching its 40th year is held twice each year — once in April and again in October — is the major source of funding for the museum and usually features more than 100 booths surrounding the courthouse square.

The spring flea market was canceled in April out of concern for the COVID-19 virus.

Based on the proposed configuration for the fall market, Bolm said, there will be about 80 booths. He said, however, the fall market could still be affected by changes in local or state emergency regulations.

“I think that everybody will be safe, Bolm said, “And everybody needs a little time to stretch their legs and say ‘hi’ to friends at 6 feet.”