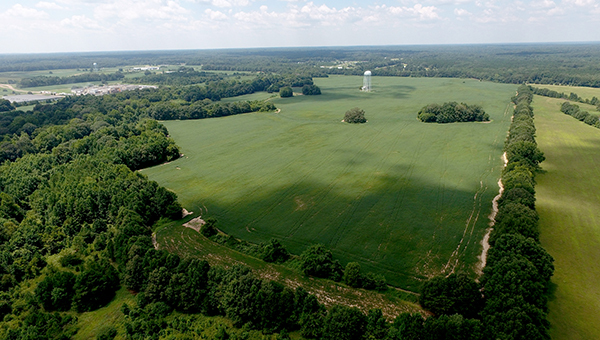 Pablo Diaz, Vicksburg Warren Economic Development Partnership President and CEO said the grant, along with others from the Mississippi Development Authority and Entergy, will cover 80 percent of the project’s estimated $846,900 cost. The Port Commission pays 20 percent, or $173,795.

The road project will extend Ceres Boulevard to provide access to site B, the largest undeveloped site in Ceres. The project is expected to begin in the next few weeks and possibly be completed by the first part of 2021, Diaz said. Presently Ceres Boulevard stops at the Tyson plant.

The MDA is providing a $406,605 grant and Entergy a $10,000 grant. The grants are reimbursement grants, meaning the port commission pays for the work and is reimbursed by the other agencies and organizations.

“The Warren County Port Commission is excited to receive approval for this grant in support of the construction of the access road to Site B at Ceres,” Diaz said when the grant award was announced. “This grant will match other monies already committed by the Mississippi Development Authority, Entergy, and the Port Commission itself, to make this important improvement as a public-private partnership.

“We appreciate the Delta Regional Authority’s focus on economic and community development across our state and the support of our entire congressional delegation.”

Diaz called the site “one of the most competitive large sites in the Central Mississippi area. MDA, Entergy, DRA, and other economic development partners recognized that this is an opportunity worth investing in and we are most appreciative for their commitment to our community.”