City’s mask mandate likely to be extended into December… 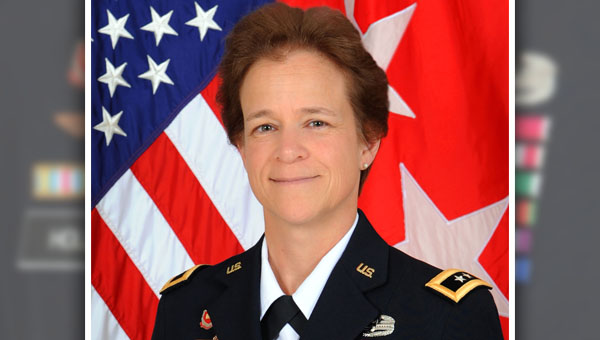 President Donald J. Trump recently appointed Maj. Gen. Diana M. Holland as a member and as the 41st President of the Mississippi River Commission. Holland is the first woman to serve as the Commission President in its long and storied history.

Holland assumed command of the Mississippi Valley Division, U.S. Army Corps of Engineers, on June 30, 2020.  Holland serves as the senior military officer in the division, headquartered in Vicksburg, responsible for water resources engineering solutions in a 370,000-square-mile area, extending from Canada to the Gulf of Mexico and encompassing portions of 12 states.

Holland is a native of Santa Barbara, Calif. She graduated from the United States Military Academy and received a commission as a Second Lieutenant in the Corps of Engineers in 1990. She earned a Master of Arts degree at Duke University and a Master of Military Arts and Sciences degree from the U.S. Army Command and General Staff College and the School of Advanced Military Studies at Fort Leavenworth, Kan.

The Commission, created by an Act of Congress on June 28, 1879, plans and provides for the general improvement of the Mississippi River. This includes improving navigation, preventing destructive floods and facilitating commerce. The presidential appointees consist of three officers from the U.S. Army Corps of Engineers, a representative from the National Oceanic and Atmospheric Administration and three civilians, two of whom must be civil engineers.

The general duties of the commission include recommending policy and work programs, studying and reporting on modifications or changes to the Mississippi River and Tributaries project, commenting on matters authorized by law, making inspection trips, and holding public hearings that facilitate exchanges of viewpoints and ideas between the public and the MRC. Since 1879, the commission has been “listening, inspecting and partnering” with water resource interests in a watershed that is influenced by the drainage of more than 41 percent of the United States and two provinces of Canada.