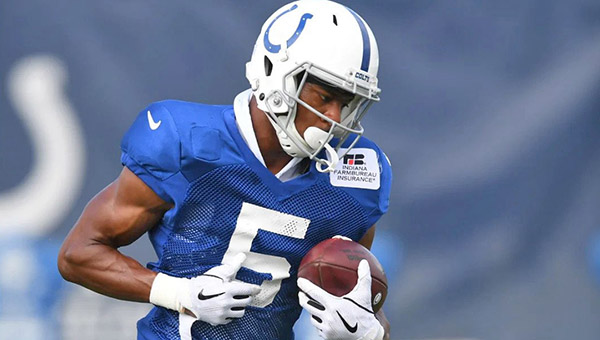 DeMichael Harris is getting his shot in the NFL.

The Vicksburg native and former St. Aloysius and Southern Miss star was elevated from the practice squad to the Indianapolis Colts’ 53-man active roster for Sunday’s game against the Cincinnati Bengals. It is the first time this season that the rookie wide receiver has been on the active roster.

Harris will wear jersey No. 12, and is one of seven wide receivers listed on the Colts’ active roster for Sunday’s game.

Harris signed with the Colts as an undrafted free agent in late April, after starting 13 games over two seasons at Southern Miss. He was cut by the team at the end of training camp in August, but signed to their practice squad the next day.

Each NFL team is permitted to keep up to 16 players on its practice squad this season, up from 10 in previous years because of the COVID-19 pandemic.

Practice squad players serve as extra players in team practices but are not part of the main roster.

Teams can promote one or two players from the practice squad each week to increase their rosters from 53 to 55 players on game days. Any practice squad player promoted in such a way would revert to the practice squad roster after the game, meaning Harris will only be on the main roster for the game against the Bengals unless the Colts choose to activate him again in the future.