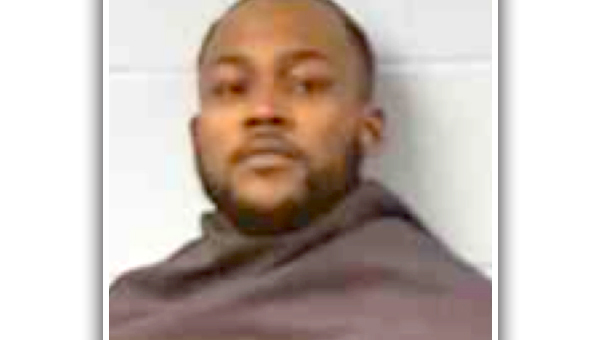 Just before 11:30 p.m. Sunday, officers responding to a call of shots fired in the 1000 block of Stadium Drive observed a dark-colored Honda leaving the area.

Officers stopped the vehicle and as they made contact with the occupants of the vehicle, officers noticed a strong smell of marijuana. A resulting search of the vehicle revealed a Springfield .45 caliber pistol that had been reported stolen from an address on Cain Ridge Road on Aug. 3.

Jeremy Johnson was taken into custody and charged with possession of a stolen firearm.

During his initial court appearance Monday, Johnson received a $75,000 bond from Judge Angela Carpenter who bound Johnson’s case over to the grand jury.