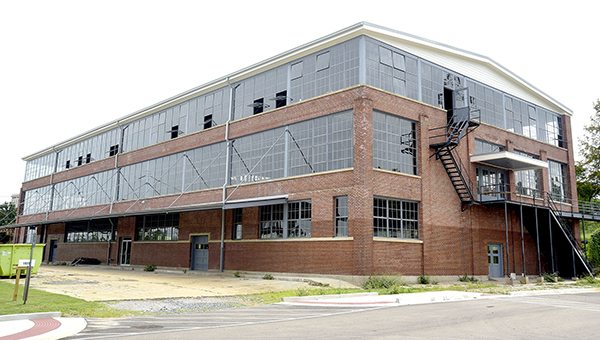 Developers of the Thad Cochran Mississippi Center for Information and Technology, also known as MCITy, will be able to complete the project by December 2021 following an announcement that final funding for the project has been secured.

The Vicksburg Warren Economic Development Foundation announced Friday that it, along with its partner investors led by Tim Cantwell of Newbreak Management, has secured the financing needed to complete the project no later than December 2021.

The partnership was able to secure the money through a combination of conventional financing through BancorpSouth Bank and using Historic and New Market Tax Credits to close the financing gap needed to complete the $21 million project. The money is in addition to $8.9 million in state funds for the project allocated by the Mississippi Legislature.

Mark T. Buys, chairman of the Vicksburg Warren County Economic Development Foundation said, “I am pleased to announce that the financing of MCITy has been consummated.

“MCITy is at the core of a new economic model for our region and for the state, and we are proud that Vicksburg is leading the way in capitalizing on Mississippi’s research and development assets to create high paying jobs for our communities.” Buys is president of BancorpSouth in Vicksburg.

The MCITy project was part of the vision by the late Sen. Thad Cochran for Mississippi as a state to fully capitalize on tech transfer and federal contracting opportunities to create high paying jobs and benefit small and medium-sized companies.

The concept for MCITy was presented in August 2017 at a meeting of the Vicksburg Board of Mayor and Aldermen.

At that time, a group of developers who purchased the old Mississippi Hardware building on Washington Street unveiled plans for a $19 million project to convert the former garment factory and hardware building into a multi-floor innovation and tech transfer center to serve the Vicksburg area and the central Mississippi region.

When MCITy was first proposed, it was seen as a project to promote the development of new technology for different markets, technology transfer and entrepreneurship by providing a source to help people start their own companies and compete for contracts with the U.S. Army Corps of Engineers or the U.S. Army Engineer Research and Development Center.

While that goal still exists, MCITy’s reach is expected to be broader to encourage innovation in a variety of ways.

Renovations to the Mississippi Hardware Building began in 2019. A ceremony in February 2020 dedicated the building and renamed the facility in honor of Cochran.

MCITy will serve as home to companies like ERDCWERX, a partnership agency of the U.S. Army’s Engineer Research and Development Center, which will support ERDC’s tech transfer goals and programs.

The facility will also house the offices of the Vicksburg Warren Economic Development Partnership, which includes the Vicksburg-Warren Chamber of Commerce, the EDF and the Warren County Port Commission, and to other innovation-oriented tenants that will be announced in the future.

“This crucial step guarantees that MCITy will become a reality,” Mayor George Flaggs Jr. said. “This is a once in a generation project and I am proud of the coalition of leaders at the federal, state and local level that has come together to make this project a reality right here in Vicksburg.”

Margaret Gilmer, incoming chairwoman of the EDF said “this project was highlighted in our strategic plan as the most consequential project for the region.”

“We are thankful for all the EDF members that through their investment in EDF are helping make this project a reality and also, it must be said, that this project could not have gotten to where it is without the leadership and financial support of Mayor Flaggs, and Aldermen (Alex) Monsour and (Michael) Mayfield, who understood the vision for this project and the benefits of partnering with the EDF to make it a reality,” Gilmer said.