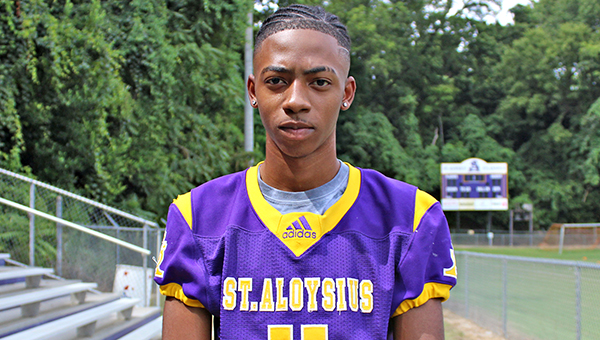 It hasn’t been the easiest or best basketball season for the St. Aloysius Flashes, but when they get a chance to make a lasting memory they sure seem to come through.

Isiah Thomas hit a 10-foot floater as time expired Monday night to cap a frantic comeback and give the Flashes a 57-56 victory over Central Hinds.

“It was good. We needed a win,” St. Al coach Mike Coleman said. “All three of our wins, we won on the last possession.”

Thomas finished with a game-high 20 points for St. Al, while Padre Gray scored 12 and Kevin Thomas had nine.

Hagan Coumbe scored 16 points for Central Hinds and Ranson Oakes had 14 — all in the second half — but the Cougars went cold at the free throw line down the stretch to open the door for a miraculous St. Al comeback.

The last two missed free throws came with 8.5 seconds left and the Cougars clinging to a 56-55 lead. Without a timeout, the Flashes got the ball into Isiah Thomas’ hands and he brought it up the floor. He released a 10-foot floater that hit the front of the rim and bounced in as time expired.

“We were down by seven with about two minutes to go. I told them you can’t give up. It’s not like we were down 40,” Coleman said. “Central Hinds missed five or six free throws in the last two minutes and we’d hit a shot right after that.”

The last-second win got a busy week off to a positive start for the Flashes. It was the first of four games they’ll play this week. A road trip to Simpson Academy on Tuesday night will be followed by home games against Park Place Friday at 6 p.m., and Washington School Saturday at 3 p.m.

Amirah Holbert added seven points for Central Hinds, which jumped out to a 21-6 lead in the first quarter and stretched it to 25 points by halftime.