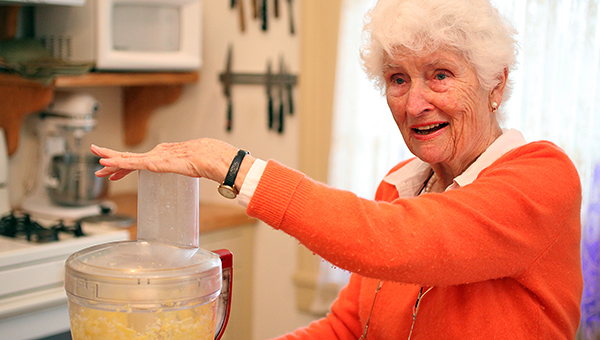 One of Vicksburg’s most loved and iconic residents, Betty Bullard, died Tuesday at the age of 93.

Born in Yazoo City on March 16, 1927, Bullard moved to Vicksburg with her late husband, Nathaniel Bullard, when she was 27 and already the mother of three of her eight children. Over the next 6 1/2 decades she became the city’s first lady in a number of ways, from being the wife of the mayor to a preservationist of its history and an ambassador for its tourism industry, to a business owner and real estate developer, and a beloved social figure — all of which earned her the nickname “The Matriarch of Vicksburg.”

Bullard’s husband, originally from Wheeling, W.Va., was a graduate of the U.S. Naval Academy. They spent the first nine years of their marriage in service to the Navy, “stationed coast to coast,” she once said.

When he was ready to begin his law practice, she said he researched the number of lawyers per capita in the state, and favorable numbers came up for Hattiesburg, Jackson, the Gulf Coast area and Vicksburg.

“The decision sort of made itself,” she said in a 2015 interview with The Post.

Nathaniel practiced law for a time, then decided to get into politics and was elected mayor of Vicksburg.

“His take-home pay as mayor was $1,000 a month. I thought to myself, I’d better get busy making some money,” Bullard said. “That’s when she ventured into the real estate business, buying a building, renovating it and later selling it.

“I’ve probably bought and sold a dozen pieces of real estate,” she said in 2015.

Bullard also started a couple of restaurants — one a tearoom, and the other Main Street Market Cafe. She said she started it with her son-in-law, Chris Fink. Fink and Bullard’s daughter, Sally, now operate the popular Vicksburg restaurant.

In 2007, Betty Bullard received special recognition from the National Society of the Daughters of the American Revolution for restoring the George Washington Ball House, which was Vicksburg’s largest until the city’s chartering in 1825 and the home in which she lived.

The group awarded its prestigious Daughters of the American Revolution Historic Preservation Medal for saving the home of George Washington Ball, believed to be a kinsman of the father of the nation.

“I’ve never won much before,” Bullard said upon receiving the award in 2007. “I got a Sunday school medal once.”

Ball was the maiden name of George Washington’s mother and of his second wife.

It was facing the wrecking ball after the previous owner requested its demolition. Bullard was living nearby and was intrigued by the home, which had been divided into apartments and had become time-worn through the years. Its history was not widely known.

Barely a year later, the home was featured on Vicksburg’s Spring Pilgrimage, showing off its mixture of the Greek Revival and Federal styles of architecture along with intricate detailing that showed the innovations of life nearly 200 years ago. Generations of “add-on” materials in the home, once removed, revealed skilled carpentry and originality.

Tom Pharr, a friend and neighbor of Bullard’s, said she inspired him to continue the restoration of Vicksburg Historic Neighborhoods. Pharr, who owns Anchuca Bed and Breakfast, restored Springfield House at 800 Cherry St. and recently built five cottages in the neighborhood.

“When I returned home more than 20 years ago, I was walking my dog Snickers around the neighborhood and heard someone shout ‘Yoo-hoo’ from a nearby porch,” Pharr wrote in an email commemorating Bullard’s life. “Little did I know that meeting would have such a profound effect on the rest of my life. A neighbor that not only became my tutor in our history, culture, historic preservation, community, religion and business (how to see going into debt in real estate as a way to, overtime and managed well, create assets), but most importantly she became a true friend, a best friend that accepted me, and everyone she would meet for that matter, for their unique self.”

“We shared excitement about finding innovative and creative ways to cover our costs for historic preservation and marketing the tourism and hospitality trade we both loved,” Pharr continued. “For many years, we started our day with coffee together every morning where we would make our plans to conquer the day. When it was time for me to go back to Anchuca and serve breakfast, she would always say, ‘Make today a GREAT day!'”

In 2009, Bullard was named to the Vicksburg Convention and Visitors Bureau board, which she said “has the opportunity to make a huge difference” in the local tourism industry.

“We have a history like no other place in the country,” Bullard said then. “It’s not just antebellum and it’s not just Civil War.”

Paul Ingram, whose family moved in the 1960s to Woodland Drive — the same street on which the Bullards lived — remembered the Bullard’s home as a welcoming place.

“It was the house on the street that everyone gathered,” he said.

Ingram also said the Bullards took the area children in as their own — including trips in town and abroad.

“We would all go on little excursions a lot of times down country roads looking for waterfalls and historical sites,” Ingram said. “In fact, my first trip to New Orleans was with them. It would be all of their children and then three or four extra.”

Ingram said he remembered Betty walking into the iconic New Orleans restaurant Brennan’s without a reservation and talking their way into a table for breakfast.

Those trips also included joining the family on some of their annual visits to Dauphin Island, Ala., which would include the Bullards “squeezing as many kids as they could,” and taking up two houses on the island.

“It was very common for adults to have Christmas parties, but on Christmas Eve, their invitation list would be all of the friends and kids from their kids’ schools — from elementary school to high school — and their families,” Ingram said. “There would be 75 to 100 people singing carols, eating food, it was not a social-circle thing. So many parties are adult-centered, this one was friend-centered.”

Another interesting thing about Bullard, Ingram said, was that she never “bought into the women’s liberation movement.”

“She never considered herself not liberated,” he said. “She merely did what she wanted to do, and taught her children that they could do whatever they wanted to do. She got involved in state and national politics, community service boards, running her own businesses. All that balanced with family coming first. She achieved that balance better than most.”

“I know this is an especially difficult time for her family, but I want them to know in our conversations how much she would talk about her children and grandchildren and how she admired and loved each and every one of them so very, very, much,” Pharr said. “Going forward, I will always treasure having the friendship of Elizabeth Dial Williams Bullard in my life.”

A devoted member of First Presbyterian Church of Vicksburg, Pastor Tim Brown remembers Bullard as a wise and passionate leader.

“One of the things that made Betty so wise as a Christian leader and as a leader in our community was that she had a great sense of vision,” Brown recalled. “I think that was one of her spiritual gifts. She could see things as they are and how they could be and she was a very passionate person. She would always strive for what was best and good.”

“Betty was a rock during that time,” he said. “She lovingly and assuredly stressed unity, which helped preserve our church fellowship and without her doing that I am not sure we would be the same church that we are today. She put all differences aside to preserve the peace, purity and unity of our church. She set an example for others to follow.

“Her death is going to be a tremendous loss to the church,” Brown said.

The Vicksburg Post is continuing to develop the story on Bullard’s passing. Please check back for additional coverage. 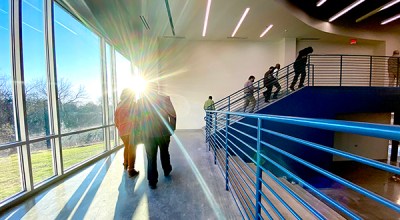 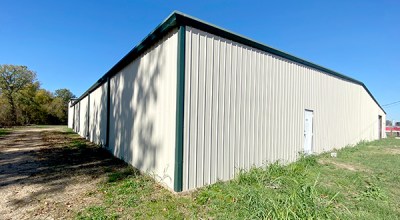