Our leaders went above and beyond to secure a… 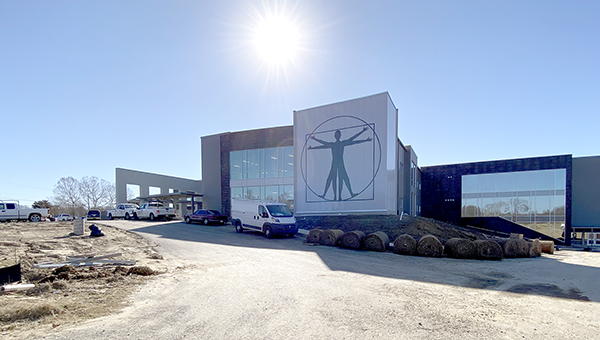 The new Academy of Innovation school building is scheduled to open this spring.

We have long praised Warren County voters for their overwhelming support for the bond issue that has led to the extensive construction projects long under way at schools throughout the Vicksburg Warren School District.

But that praise, those thanks, have never been more appreciated than now as we approach the completion of the bond project’s most massive undertaking — the construction of a new Academy of Innovation.

The scope and scale of the new school can in no way be measured in the steel beams, drywall and paint, but rather the lives the facility will continue to change and shape in the coming years.

The Academy of Innovation concept has been a tremendous success for children in the district and a new facility — designed to enhance the science, technology, engineering and mathematics curriculum — will carry that forward for decades to come and in a new trajectory that the current facility on Grove Street could not accommodate.

“You’ll see people from all over the world coming to visit this school, mainly to see what is going on inside of it, but I think the building will be a very good representation of the education going on inside,” Gary Bailey, with Dale Bailey Architects, said. What started out as a school that welcomed just 80 students in its first year, today has nearly 400.

The new school is the only ground-up construction project in the district-wide construction project funded by an $83 million bond approved by county voters. But, thanks to additional tax credits and financial moves, the projects taking place at every school campus in the county are totaling an estimated $140 million.

The budget for the new Academy of Innovation was set at $16.4 million, but officials said the project is under budget by nearly $1 million, allowing those savings to be spent and invested in other facilities.

“Academy of Innovation is sophisticated because of what is going on inside of it,” Bailey said. “Their educational vision of how kids are applying knowledge and doing learning instead of just talking about it is really revolutionary and following the principles of what the Vicksburg Warren School District is trying to do for all kids. It is the epitome of what they are trying to do district-wide.”

The new Academy of Innovation is just one example of how this bond project can and will shape the future of education for not just the children who pass through these new halls, but every school — every revitalized school — within our public schools.