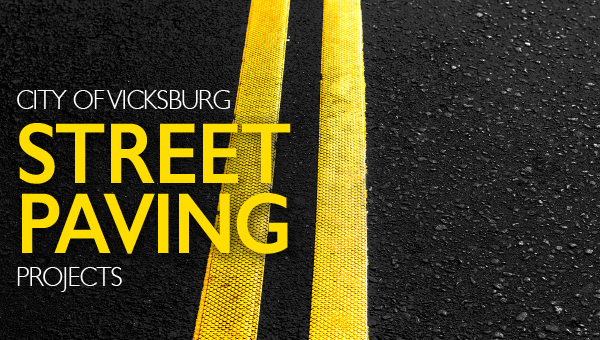 Aldermen Michael Mayfield and Alex Monsour presented street paving lists totaling 28 streets — 15 in the South Ward and 13 in the North Ward — as the board discussed Monday a proposed $4 million paving project at a work session on capital improvements for the city.

The plan lays out $2 million in paving projects for each ward.

Mayor George Flaggs Jr. said the work session was the first of a series of monthly work sessions to discuss the city’s capital improvement needs. He said the next work session could be on infrastructure — the city’s water and sewer systems.

“Right now, I’m just laying out the needs for $11 to $15 million in capital improvements to meet the needs of the future of Vicksburg,” Flaggs said. “That is because of the extreme growth and development of the city.”

Flaggs also said the board needs to look at a five-year repaving plan.

“Repaving doesn’t come every four years, it comes every year,” he said. “I’ve driven down many of these streets in the last eight years and I know that there’s a dire need for paving or repaving in the neighborhoods as well as the thoroughfares.”

Monsour said his list included “streets where we really need to do some paving.”

He said he is meeting Thursday with specialists to discuss other materials that may be used to resurface streets. He said he is going to ride over the streets to determine what work is needed.

“Sometimes when we go in (to resurface a street) we replace the whole street when we don’t need to,” he said. “I know there’s a couple I’ve got to redo. There’s a lot of them we can fix and redo certain sections. I’m trying to stretch the $2 million we’ve got projected as far as I can.

“This is only a drop in the bucket,” Mayfield said of his list. “Every street in the North Ward needs paving.”

One problem with all the streets in Vicksburg, he said, is the problem with the city’s aging utility lines, adding there are very few streets in the city where utility repairs are not needed before they can be paved.