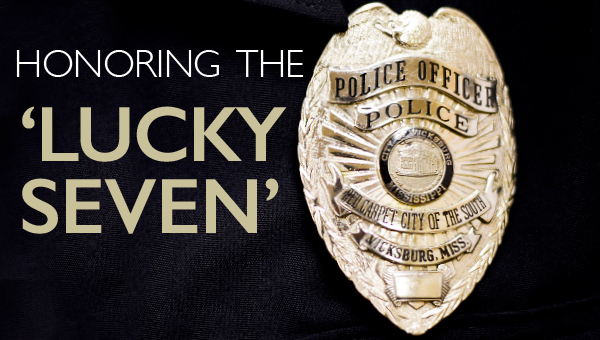 The city of Vicksburg will honor the legacy of seven trailblazers Feb. 24 with the dedication of a marker at the Vicksburg Police Station remembering the “Lucky Seven.”

The Lucky Seven were seven black men who broke the color barrier at the Vicksburg Police Department. The Board of Mayor and Aldermen Wednesday approved closing Veto Street between Monroe and Walnut streets from 9 a.m. to noon for the ceremony.

“They were some phenomenal men who came on the Vicksburg Police Department during segregation and at the time they didn’t have a lot of authority to do a lot of things,” Mayor George Flaggs Jr. said. “They were able to endure by being persistent in their determination to be police officers. I think it’s a story that needs to be told and a legacy that needs to be left by a monument.”

“My intent is to recognize for Black History Month law enforcement officers who leave us a legacy,” he said.