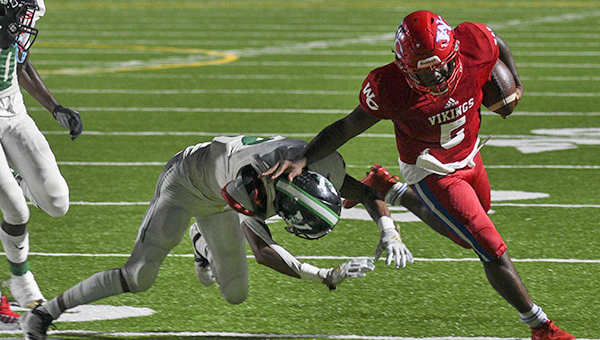 We’re still about five months away from the start of football season, and it is refreshing to once again think about it as an inevitable point on the calendar.

Unlike in 2020, when uncertainty reigned throughout the spring and summer about if, when and how the high school football season could be played — for the record, the answers were yes, right on time, and pretty much the way it’s been played for 100 years — the start of the 2021 season appears set in stone.

The Red Carpet Bowl will, as always, kick off the season on Aug. 27. This year’s matchups are Germantown vs. Vicksburg and Forest Hill vs. Warren Central, and the game will be played at Vicksburg High’s (finally) renovated Memorial Stadium.

The games will serve as the start of a new season, and perhaps a full rebirth of sports as we start to exit the COVID age. They also are a fundraiser for a good cause.

The Red Carpet Bowl offers eight scholarships — two each at Warren Central, Vicksburg High, St. Aloysius and Porter’s Chapel Academy — to graduating seniors every year. Each scholarship is worth $750, which won’t pay the entire bill for a semester of college but will help take care of books and other expenses.

While the Red Carpet Bowl is not until August, the selection process for its scholarships is now under way. Application forms can be picked up from guidance counselors at each high school’s office. Applicants must complete the form, as well as submit a 500-word essay on why the scholarship is important to them.

Applications should be mailed to Dr. Robert Abraham, 3038 Indiana Ave., Vicksburg MS 39180. The deadline to apply is Tuesday, March 30.

The Red Carpet Bowl is a Vicksburg tradition that will celebrate its 60th anniversary in 2022, and it has been both a great football game and a charity game since its inception.

From the first game that benefited Leo Puckett, a local high school player paralyzed during a game in the late 1950s, to the scholarships of today, its primary purpose has always been to shine a positive spotlight on our community and help it.

So when August rolls around and we can hopefully once again pack Memorial Stadium to the brim with fans, be ready for some football. And now, in March, if you’re a graduating senior, be ready to write an essay and fill out a form. It’s not that hard to do, and it might pay off for you.