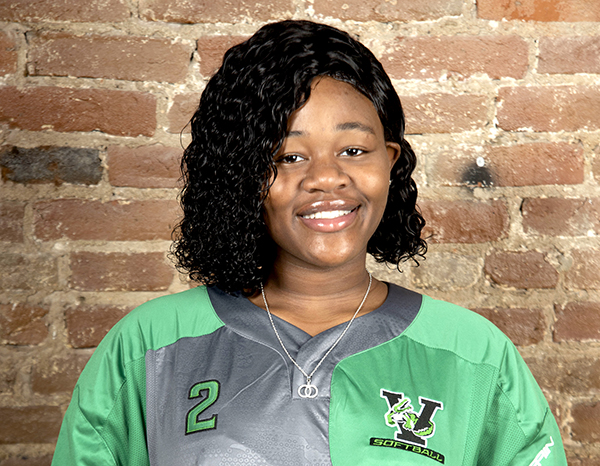 Vicksburg High softball player Sha'Niya Lockridge went 2-for-5 with a double, one RBI and two runs scored in a 13-8 win over Madison-St. Joseph on Thursday.

The Vicksburg Missy Gators used a strong finishing kick to break out of a recent slump.

Lexi Kistler went 2-for-3 with two RBIs and three runs scored, and hit an RBI double during a big sixth inning that sent Vicksburg to a 13-8 victory over Madison-St. Joseph on Thursday.

Kistler’s RBI double was part of a five-run rally that broke open a close game and finally let the Missy Gators shake free of the Bruins. They scored three runs in the first inning to take an early lead, four in the fourth to gain it back after Madison-St. Joe clawed back to go ahead, and then finally five in the sixth to move in front for good.

The 13 runs was also the most the Missy Gators have scored in a game in nearly a month. They’d been outscored 36-7 in three losses over the past week, including one to Madison-St. Joe (6-4).

This time, they broke out in a big way.

Sha’Niya Lockridge went 2-for-5 with a double, one RBI and two runs scored, while Avery VanNorman and Trinity McGloster drove in two runs apiece.

Germantown 15, Warren Central 3
Warren Central’s first trip through the MHSAA Region 4-6A softball lineup did not produce a hit.

Kaleigh Stevenson and Addison Lindley hit back-to-back home runs in the second inning, Anna Leigh Ashley added another two batters later, and Germantown scored eight runs in the frame on its way to a 15-3 rout of the Lady Vikes on Thursday.

Warren Central (8-7-1, 0-3 Region 4-6A) allowed double-digit run totals in each of its first three region games, and was outscored 36-11. It will begin its second trip through the order Tuesday at home against Madison Central, needing at least one win and some favorable run differential tiebreakers to keep its playoff hopes alive.

After jumping on the Lady Vikes for three runs in the top of the first inning — one of them scored on a single by Ashley — the Lady Mavericks used the long ball to blow the game open in the second. Stevenson’s three-run home run and Lindley’s follow-up solo shot made it 7-0. Chloe Carter then singled, and Ashley went deep to push it to 9-0.

Three consecutive walks set up a two-run single by Julia Glasgow to make it 11-0, and Warren Central never recovered. The Lady Vikes did not score until Mary Evelyn Hossley hit a two-run single with two outs in the fourth inning, but that only staved off the mercy rule for one inning. Kamryn Morson drove in their other run with a sacrifice fly in the fifth.