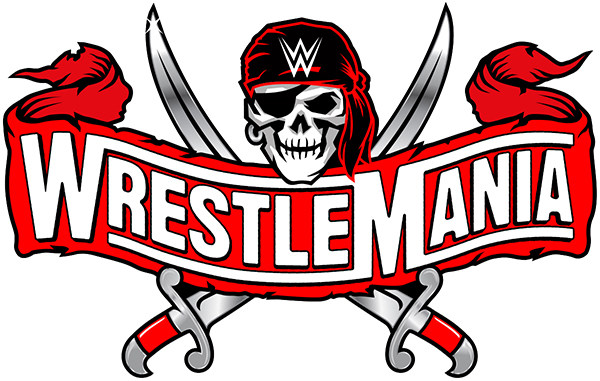 Sports column: Wrestlemania weekend is upon us

It’s time once again to take a break from the world of “real” sports and talk about a fake one. Even if it is real to me, dangit.

Yes, that’s right. It’s one of America’s greatest holidays, when we gather together and celebrate the incredible athleticism and absurdity of grown men and women dressed in spandex, clobbering each other with moves that could prove deadly or ineffective in a real fight

No, not the latest Marvel movie. It’s Wrestlemania weekend.

To be clear, I am an unabashed fan of professional wrestling. Some of my earliest memories are of watching then-WWF champion Bob Backlund defend his title against Big John Studd on regional cable in the early 1980s. My interest occasionally drifts, but by and large it’s at least been background noise my whole life.

This weekend brings us Wrestlemania 37 in Tampa, Florida, on both Saturday and Sunday night on the Peacock streaming service.

For the uninitiated, this is the Super Bowl of wrestling. Before COVID it had morphed from a simple major wrestling card to a weeklong celebration of the industry, with people coming from all over the world to attend. The WWE holds a number of accompanying events, and other wrestling promotions glommed on to the spectacle by holding their own smaller shows in the days leading up to Wrestlemania.

Last year, in the early days of the pandemic, Wrestlemania was split into two shows for the first time ever, and was held in the WWE’s empty training facility in Orlando. It gave what is normally a raucous event a sterile vibe that was hard for both fans and performers to adjust to.

The WWE compensated with a couple of “cinematic” matches — pre-taped matches that were basically 20-minute movie fight scenes — that were strange and entertaining, but it just wasn’t the same as previous years.

This time, the WWE will be in front of thousands of fans once again in Tampa’s Raymond James Stadium. It won’t be a capacity crowd, but it’ll be enough to celebrate another milestone on our hard journey back from the horrors of 2020. A company that does spectacle like few others will certainly try to make this a weekend to behold, even if the stadium is half empty because of attendance restrictions.

As for the Wrestlemania card itself, that’s an odd duck as well. For the first time in 20 years, the Undertaker will not wrestle. He officially retired earlier this year. Other longtime mainstays like John Cena and Triple H have also moved on, to Hollywood and the WWE front office, respectively.

Former UFC and WWE champion Brock Lesnar is still active, but apparently will sit this one out barring a surprise return.

Stone Cold Steve Austin and Chris Jericho will go one-on-one — in a two-hour interview on the Peacock streaming service immediately following Sunday night’s matches, and not in the ring.

The WWE championship match will feature Drew McIntyre vs. Bobby Lashley, two late bloomers who spent most of their careers underachieving.

The Universal Championship is a three-way match between Edge, Roman Reigns and Daniel Bryan and should be the best of either night.

Another match of note features The Miz and John Morrison vs. newcomer Damian Priest and rapper Bad Bunny. I’ve been following this storyline for two months and still have no idea who Bad Bunny is, other than an apparently successful musician who knows how to jump off the top rope.

It’s a new era in a lot of ways, for a lot of reasons. It’s the first Wrestlemania in a long time that’s light on the legacy stars of the 1990s and early 2000s, and the first time a new generation will have a chance to truly rise up and carry the industry. Maybe that makes it a good jumping-on point for new fans.

For society, it’s also one of the first big events as we emerge from the pandemic. On all fronts, it’s a reason to celebrate. Wrestling might not be your thing, but it is fun. And, for some of us, it is real in a lot of ways.