Sports column: Wrestlemania weekend is upon us 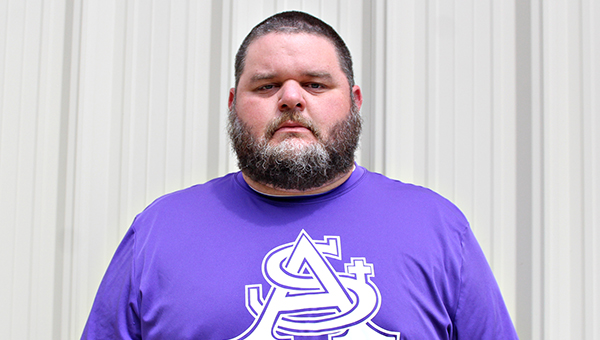 Bubba Nettles, who spent the 2020 season as an assistant coach at St. Aloysius, has been promoted to the head coaching position, the school announced Saturday.

For 10 years, Bubba Nettles has helped form the backbone of two of Warren County’s four high school football programs as a hard-working and beloved assistant coach.
Finally, he’s getting a chance to run the show.

Nettles has earned a promotion to head coach, and will take over St. Aloysius’ program for the 2021 season, the school announced Saturday. The school’s administration informed him of the news Friday afternoon, and he said it was all he could do to keep from screaming with joy.

“It feels fantastic. I’ve never been more excited, other than maybe the birth of my kids and my wedding day, than I am to be the head football coach at St. Aloysius High School,” Nettles said. “(Principal Carla) McHan and (athletic director Mike) Jones called me in and told me, and it was all I could do to be the extremely loud Coach Nettles that everybody knows.”

Nettles was born in Carthage, and his wife Katie Sharp Nettles is originally from Vicksburg. They moved to her hometown in 2011, and Bubba got a job as an assistant on Vicksburg High’s football staff. He also coached the school’s powerlifting team during his tenure there.

He spent most of the next decade at VHS, under several coaching regimes, before moving over to St. Al in 2020 to work for another former Vicksburg assistant, Stacy Sizemore. Sizemore resigned in February to move back to Florida to be closer to his own family that lives there.

“I applied for a few jobs before and got excited about them, only to be denied. God works in mysterious ways,” Nettles said.

Always personable and energetic, Nettles’ long tenure as an assistant helped him bond with players on a personal level, and he believes it played a key role in eventually ascending to St. Al’s head coaching position.

“I think a lot of it has to do with the relationships I’ve built in the community, through all walks of life. Those bonds you form pay off,” Nettles said. “I can’t send a big enough thank you to everybody involved. I would love to thank the administration, the support of the students and their parents. I’ve never felt more loved and welcomed in my life than through the past year at St. Al. You can tell everybody THE Coach Nettles is ready to play football.”

St. Al athletic director Mike Jones said that Nettles’ name was a frequent suggestion from players and their parents whenever the topic came up.

“Bubba was our assistant last year, and after watching him and his teaching ability on the football field and in the classroom he was a good fit. He will do a good job with them,” Jones said. “It was exciting to see a guy that excited to get an opportunity to be a head coach as he was.”

Nettles wasn’t sure when exactly he will get to work with his new players. He plans to have a spring practice period, but because most of his players also play baseball it won’t be until that season is over in late April or early May.

“We have to wait until after our baseball team wins the state championship,” Nettles said.

After that, he has big plans and dreams for St. Al. The Flashes finished 3-8 last season and have only had one winning record in the past six years, but Nettles sees no reason why a little hard work and energy — two things that are right in his wheelhouse — can’t turn things around quickly.

Noting several recent alumni that have gone on to star in college and even the NFL — DeMichael Harris is heading into his second season with the Indianapolis Colts, offensive tackle Drake Dorbeck was in training camp with the Cleveland Browns in 2020, and center Ben Brown is entering his fourth year as a starter at Ole Miss — Nettles believes St. Al has the potential to not only be a winner, but a football powerhouse.

“My goal is to make St. Al the premiere place to play football in not only Warren County, but all of Mississippi,” Nettles said.