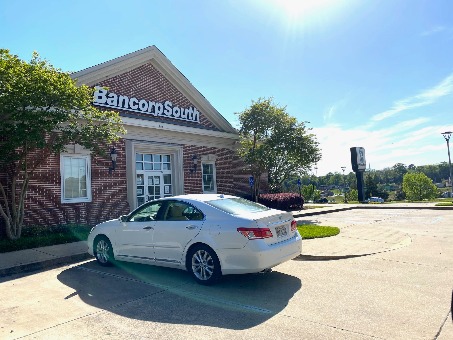 Officials with Tupelo-based BancorpSouth Bank and Cadence Bancorp in Houston, Texas, have issued a joint announcement that the companies are merging under an agreement involving an all-stock merger with a total market value of more than $6 billion, creating a leading Texas and Southeastern regional bank.

According to the online service PRNewswire, the boards of directors of both companies unanimously approved the merger.

Murphy is a Vicksburg native and a graduate of Mississippi State University.

The board of directors will initially be comprised of 20 directors — 11 from BancorpSouth and nine from Cadence.

“Cadence has built an impressive commercial banking franchise that when combined with the strengths of our team at BancorpSouth seems to be a perfect fit,” Rollins said. “By joining forces, it’s easy to see that we’ll be able to make a significant impact on our customers and communities while driving long-term shareholder value.”

“I am thrilled to partner with BancorpSouth,” Murphy said. “I have great respect for the franchise they have built over the last 145 years, beginning in my home state of Mississippi.

“The BancorpSouth community banking franchise is top tier and complements Cadence’s expertise in middle-market commercial banking seamlessly. We look forward to delivering significant value to our shareholders, driven by meaningful synergies and our shared banking philosophy to put the client first.”

BancorpSouth has branches in Vicksburg located on Pemberton Square Boulevard, Indiana Avenue, U.S. Highway 61 North and their main office located on South Street. In a report filed June 2020, BancorpSouth reported $278.1 million in deposits at its local branches from the previous year, which was second in the market behind Trustmark, which had a total of $302.2 million.