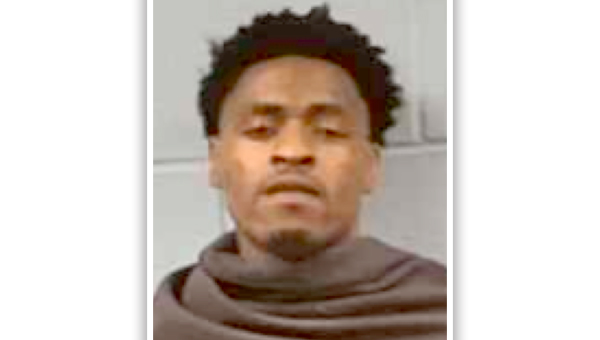 On Friday, at 9:47 p.m., officers stopped the vehicle being driven by Marvell Amos, 23, of Vicksburg for a traffic violation in the area of Division Street and Oak Hill Drive.

Amos, who was wanted on a warrant for possession of a firearm by a convicted felon, was also wanted by the state of Texas for a probation violation. During the stop, Amos had a 9mm Glock handgun in his possession.

Later, during booking, a felony amount of marijuana was also discovered on Amos.

During his initial court appearance Monday, Amos was charged with two counts of possession of a firearm by a convicted felon and one count of felony possession of marijuana. Judge Angela Carpenter set Amos’ bond at $90,000 and bound his case over to the grand jury.

Amos’ initial felon in possession of a firearm charge is connected to his reported appearance in a rap music video shared on social media in March that led to the arrest of Deldrick Harper. Amos was one of six people later identified by authorities in that video who are wanted for weapon possession by a felon.

The remaining individuals still sought are Jermarcus Trisby, Tyler Mixon, Derrick Darden and Quinton Norfort. Another suspect, Charley Brown, was arrested on April 9 but was charged with a misdemeanor.