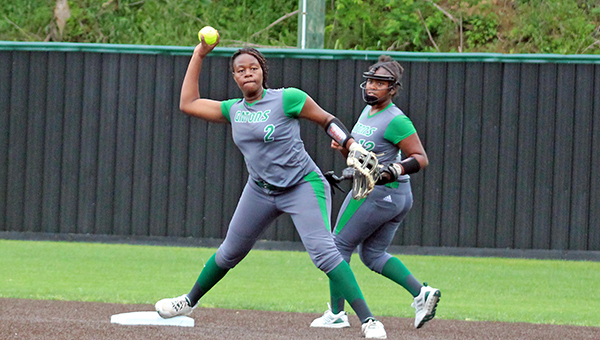 A ball game is forcing Vicksburg High and New Hope to play another ballgame.

The Mississippi High School Activities Association on Wednesday upheld a protest by New Hope over an illegal game ball used in Game 3 of its softball playoff series against Vicksburg on Tuesday night.

Vicksburg’s 9-6 series-clinching victory was negated, and the teams will replay Game 3 in its entirety Thursday at 5:30 p.m. at Vicksburg’s Softball Swamp Field.

Tickets are available through gofan.co. Attendance will be capped at 150.

“I’ve always preached to the girls about doing the right things and controlling the controllables. The things you can control, you don’t want to put in somebody else’s hands,” Vicksburg coach Brian Ellis said. “It all comes down to, it’s on me because I should have made sure there were no other balls in the dugout besides the stamped balls.”

New Hope won Game 1 of the best-of-three series on Monday, 11-1, and Games 2 and 3 were played as a doubleheader Tuesday in Vicksburg. Vicksburg won Game 2 and was leading 7-3 in the sixth inning of Game 3 when the controversy erupted.

Vicksburg’s Lexi Kistler hit a two-run home run over the left center field fence to extend the Missy Gators’ lead to 9-3. When the ball was retrieved by a New Hope parent and returned to the dugout, New Hope coach Casey Finch-Halford noticed it did not have the required National Fast-Pitch High School Association stamp on it and lodged a protest.

“I noticed in the previous inning their pitcher threw off a ball and I don’t know if it was one of the right balls or a different ball,” Finch-Halford said after the game on Tuesday. “Nonetheless, when I saw the ball roll over here I saw the words ‘Little League’ and so then I went up and asked (the umpire) and he pulled out of his pocket balls that said Little League as well. We took pictures with the umpire and he agreed that it had to be questioned. And so we protested the game at that point.”

Ellis said about a half-dozen game balls were rotated in and out throughout the course of the doubleheader as they were fouled off or hit out of play. Kistler’s home run was the only one in either game, however, and Ellis said the ball that was returned to the umpire was a practice ball.

Vicksburg Warren School District athletic director Preston Nailor, who pleaded Vicksburg’s case to the MHSAA on Wednesday morning, said the umpire was unable to tell whether the ball that was retrieved was the one that Kistler hit, which led to the protest being upheld.

“It was because of the inability to account for which balls were used during the game. Nobody could account for which balls were used after the home run,” Nailor said. “We have not had this issue all year. Coach Ellis has a set of practice balls and game balls. Supposedly a practice ball was picked up after the home run and taken back to the umpire.”

MHSAA executive director Rickey Neaves said the association requires a specific ball be used for playoff games — a Wilson ball with the National Federation of High Schools stamp — and that using any other ball constituted an equipment violation.

Replaying the game, Neaves added, was the penalty outlined in the MHSAA handbook. Forcing Vicksburg to forfeir the game was never a possibility, and no further penalties will be forthcoming, Neaves said.

When he met with MHSAA officials, Nailor said he received a dozen certified game balls to use for Thursday’s replay.

“It goes with using illegal equipment, and the penalty is that the game has to be replayed,” Neaves said. “It was an honest mistake, but it was a mistake that has to be rectified by playing another game. It’s the letter of the law. If it’s in the rulebook we’re going to go by it.”

Because the protest was not lodged until Game 3 was well under way, the result of Game 2 stood as a Vicksburg victory. The result of Game 3, however, was wiped off the books and it will be replayed Thursday. The winner will advance to face Saltillo in the third round of the Class 5A playoffs.

Neaves said the schedule for that third-round series has also been changed. Originally scheduled for Friday and Saturday, it will now be played on Monday and Tuesday of next week.

Ellis, who had a series-clinching victory taken away, was understandably frustrated by the MHSAA’s decision.

“Everybody that was here saw the course of the game and saw that the ball did not have an effect on the results. You play 5 2/3 innings and then they do that,” he said.

Ellis took responsibility for having some balls without the official stamp in the game ball bucket, but said it was an honest mistake. He also felt that the home plate umpire was resonsible for checking the game balls as they were brought to him during the game.

Ellis vehemently objected to the notion he was trying to cheat.

“It had nothing to do with me trying to sneak a ball in. We hit three home runs this season and there was one ball hit out last night,” Ellis said. “As far as the cheating accusation, it was not that. Cheating is knowing the rules and doing something different. I’m going to take the blame for not having the stamped balls. We have a game ball bucket and there are some stamped balls and some other balls in the bucket. It’s a bunch of adults making mistakes and getting involved, and taking the competition away from the kids, and I don’t agree with that.”

Now the Missy Gators must shake off the lost series victory and prepare for a most unusual Game 4. Ellis urged not only his players, but fans as well, to simply go out and win again rather than dwell on what was taken away.

“Somehow we’ve got to clear our minds from it and not have anger. That’s not just players, that’s fans. There’s a lot of angry people. We just have to beat them. Yes, we want to beat the living daylights out of them, but we have to beat them,” Ellis said.

“The task at hand is tomorrow,” Ellis added. “I hope we have a big crowd and they support these girls in the right way. I don’t want a lot of unnecessary stuff, and for (fans) to be respectful like I know they are.” 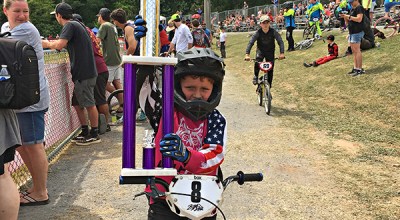 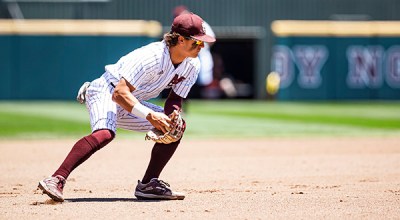 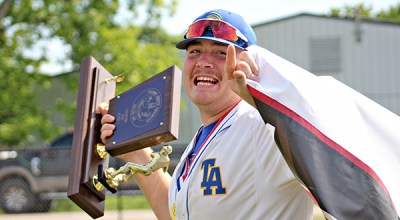 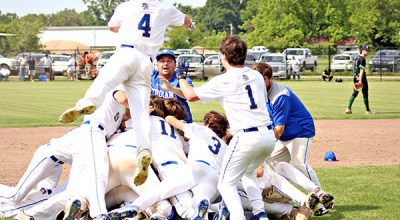