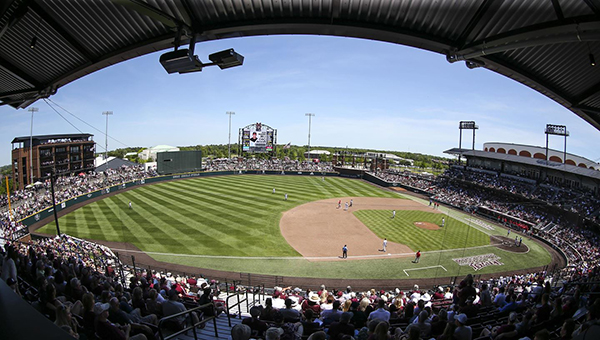 Even with a new selection process, Mississippi will remain of the hubs of college baseball’s postseason.

Three of the state’s schools — Ole Miss, Mississippi State and Southern Miss — were among 20 selected by the NCAA as potential host sites for regionals in the NCAA Tournament.

Due to the health and safety protocols surrounding the COVID-19 pandemic, the NCAA opted to announce predetermined regional sites rather than the traditional method of awarding them at the end of the season based on merit. The NCAA Tournament selection committee will choose 16 of the 20 sites announced Friday to host regionals, and eight of those 16 will host super regionals.

The designation of predetermined sites will have no bearing on the teams selected to participate or for seeding in the NCAA Tournament. The championship field will consist of 30 conference automatic qualifiers and 34 at-large teams.

Southern Miss has previously hosted regionals in 2003 and 2017, while Ole Miss is hoping to host its 10th regional since 2004. Mississippi State’s Dudy Noble Field has been the site of 19 NCAA regionals.

Mississippi State is currently ranked No. 3 in the country by DIBaseball.com, while Ole Miss is No. 18 and Southern Miss is No. 19.