Sports column: Even this strange sports year has come… 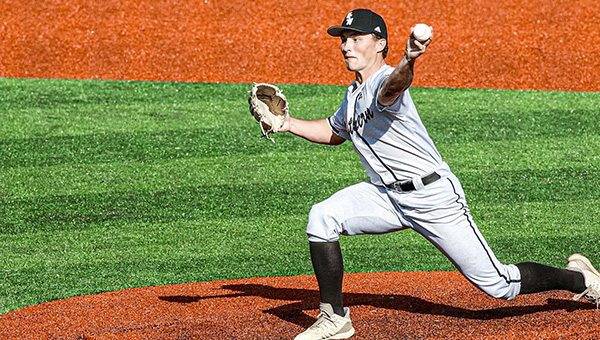 BOCA RATON, Fla. — Southern Miss had two paths to the Conference USA West Division championship on Sunday. Both of them turned into dead ends.

Florida Atlantic scored six runs in the bottom of the seventh inning to take the lead for good as it beat Southern Miss 9-6 in the finale of a four-game series between the teams.

Southern Miss (35-17, 22-9 C-USA) needed to win Sunday’s game or have Louisiana Tech lose to clinch the West Division title and a No. 2 seed in the C-USA Tournament. Louisiana Tech did not cooperate, however, blowing out UTSA 17-7 to earn the division title.

Southern Miss will be the No. 3 seed for the conference tournament that begins May 26 at Louisiana Tech,

It does not have another game scheduled until then. East Division champion Charlotte will be the No. 1 seed. Florida Atlantic is the No. 5 seed.

Southern Miss will play Western Kentucky in its C-USA Tournament opener at 7:30 p.m. on May 26. The tournament format is two double-elimination brackets with four teams each, with the winners of each bracket meeting in a single-elimination championship game.

Southern Miss got off to a great start Sunday. Drew Boyd allowed one run and struck out eight in six innings, and left with a 5-1 lead. Reed Trimble hit a two-run home run in the third inning — his fourth of the series — and Danny Lynch drove in two runs.

Things quickly fell apart for the Golden Eagles in the seventh inning, however.

After a 30-minute rain delay, Jackson Wenstrom led off with a home run for Florida Atlantic (29-23, 18-14) and Caleb Pendleton followed with a double. Eight consecutive FAU batters reached base before an out was recorded. A single by Mitchell Hartigan brought in the go-ahead run, and Pendleton reached on an error that allowed another run to score to make it 7-5.

Bobby Morgensen hit a two-run single in the eighth inning to extend the Owls’ lead. Charlie Fischer hit a solo home run in the ninth for Southern Miss, but it wasn’t enough to jump start a rally.

Morgensen and Hartigan finished with two hits apiece for Florida Atlantic, Nolan Schanuel hit a solo homer and scored three runs, and B.J. Murray was 3-for-4 with one RBI and two runs scored.

Dante Visconti earned the win by allowing one run in 2 1/3 innings of relief. FAU starter Javi Rivera allowed five runs and six walks in 6 1/3 innings, but managed to get a no-decision after the big seventh-inning rally.

“Wow, what a last day here for 2021,” FAU coach John McCormick said. “Can’t tell you how proud I am of these guys. Got off to not a great start, energy wasn’t great, which is ultimately my fault. Javi (Rivera) kinda slogged through it, but then the guys came back out (after the rain delay) kind of invigorated.”