Bulldogs believe path through regional is anything but easy 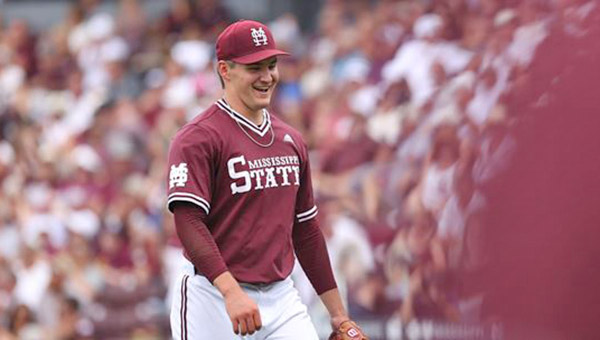 STARKVILLE — After one pitch Friday, Mississippi State found itself behind on the scoreboard in its NCAA regional opener against Samford.

Fortunately, baseball games last a lot longer than that.

Will Bednar allowed three runs — one of them on a leadoff homer to Max Pinto on the first pitch of the game — and struck out eight in seven innings to lead Mississippi State to an 8-4 win at Dudy Noble Field.

Kamren James drove in two runs for Mississippi State, on a groundout in the bottom of the first inning and a bases-loaded walk in the second. Hancock hit a two-run single later in the second inning to put the Bulldogs ahead 4-1, and they never trailed again.

Florida State 5, Southern Miss 2
OXFORD — Elijah Cabell and Logan Lacey both homered in the sixth inning, Cooper Nelson added a two-run shot in the eighth, and Florida State handed Southern Miss a 5-2 loss in the opening game of the NCAA Tournament’s Oxford Regional on Friday.

Southern Miss (37-20) scored twice in the bottom of the first inning, but didn’t get anything going after that. Florida State pitcher Parker Messick allowed seven hits, but no walks, and struck out five in six innings.

Florida State (31-22), meanwhile, played long ball to surge past the Golden Eagles. Lacey’s two-run home run tied it in the top of the sixth, and three batters later Cabell hit a solo shot to put the Seminoles ahead 3-2. Nelson’s two-run home run in the eighth provided the final margin.

Southern Miss will next play an elimination game Saturday at 11 a.m. against the loser of Friday’s late game between Ole Miss and Southeast Missouri State. Florida State will face the winner of that game Saturday at 5 p.m.