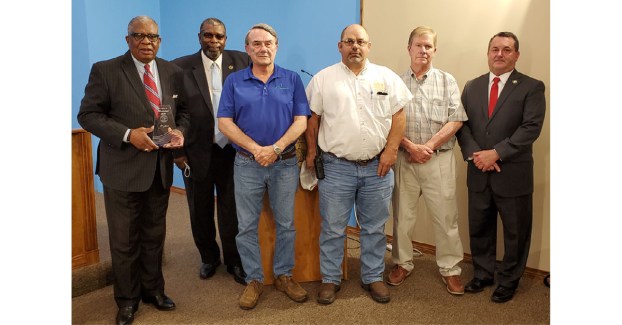 Vicksburg’s water is the best in Mississippi according to the Mississippi Rural Water Association, the state’s largest water and wastewater utility membership organization.

The city received the association’s 2020 “Best Water in Mississippi” award at its recent annual conference in Biloxi.

The awards were announced at Monday’s meeting of the Board of Mayor and Aldermen.

“If (our) infrastructure is that bad, why do we keep getting these awards?” Mayor George Flagg said. “Why keep recognizing us as the best of the rest?”

Eddie Busby, ESG project manager for Vicksburg, said the award from the Mississippi Rural Water Association is based on a study of samples taken from each water system in the state.

“They taste them, they look at the water, check the transparency of the water,” he said.

“Why do they keep on talking about the water in Vicksburg?” Flaggs asked. “I can’t understand. The Mississippi Rural Water Association and the American Water Works Association says we have the best water.”