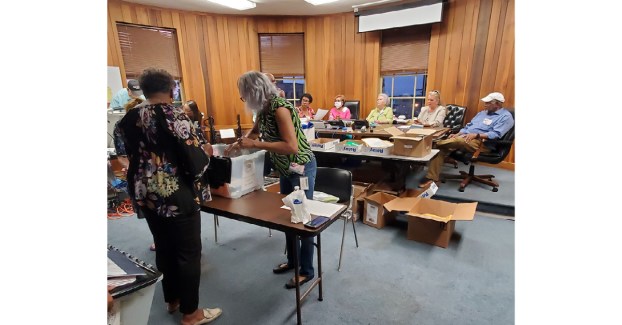 UPDATE June 8, 10:28 p.m.: The total number of votes has been updated to include the 206 absentee ballots, some of which were cast in the South Ward.

The race for Vicksburg’s South Ward alderman is a close one, as opponents Alex Monsour and Vickie Bailey are currently within 120 votes of each other.

There are still 19 mail-in absentee ballots that need to be counted. They will be added to the total number of votes over the next five days, as they are delivered.

If he is officially declared the winner, this will mark Monsour’s second term. Bailey, the former city youth development/network director, is running for her first term as alderman.

Monsour defeated former South Ward Alderman Willis Thompson in a close race in 2017 to win his first term on the Board of Mayor and Aldermen.