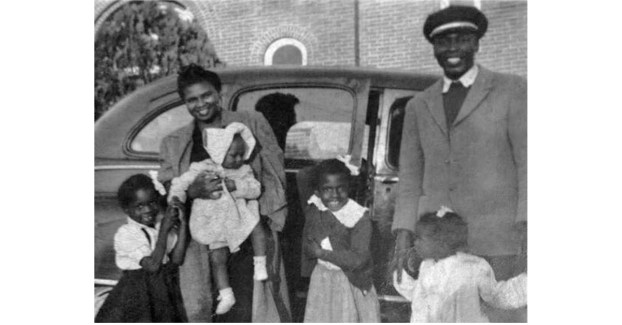 It was a different time when Joseph E. Williams, Sr. returned to Vicksburg as a veteran of World War II after being honorably discharged.

Therefore, he, along with two of his friends who had also been honorably discharged from the war, opened the Veteran Taxi Cab Company.

“At the time, the only taxi cab company (in Vicksburg) was Safeway Taxi Cab Company, and it was for whites only,” Williams’ daughter Josephine Calloway said.

In 1951, following his time as a partner with the Veteran Taxi Cab Company, Calloway said, her father and her mother, Thelma E. Williams decided to start their own taxi cab business and called it the Rocket Taxi Cab Company.

This year marks the 70th anniversary of the family-owned business which continues to serve the community. Rocket Taxi Cab is one of the oldest Black-owned businesses in Warren County.

Calloway said her father, who always wanted to work for himself, decided on the name Rocket Taxi Cab because, at the time, a rocket was considered the fastest mode of transportation.

He also came up with a catchy slogan for the business.

“My father’s motto for his company was, ‘Don’t be late, Call Rocket, the best service for the lowest price,’” Calloway said.

Another slogan was “Don’t be late, call 6478,” which was the four-digit number for Rocket at the time.

In 1960, Calloway said, the cab market began to change.

“The taxi industry in Vicksburg went from serving only whites, to serving both blacks and whites,” she said.

Calloway said there is no record of how many people have worked for Rocket during its 70-year existence. Especially, since some of the drivers were independent contractors who paid a fee to drive their own cars under the Rocket Cab license. There were other drivers who drove company cars on commission, she said.

Calloway described her father as a “hard worker,” one who saved his money, invested in his family, their education and the community.

Williams graduated as the valedictorian of his class at St. Mary’s Catholic School.

Prior to graduation, he sold Fuller products door-to-door and following graduation was trained as an insurance agent and worked in Mississippi, Louisiana and Texas.

During his lifetime, Calloway said her father started and operated several other businesses while also buying and renovating properties.

In addition to being industrious, Williams was also a man of faith. Calloway said her father had always revered St. Joseph and called him” his patron saint” — not only because he carried his name, but also because the saint is known as the patron saint of fathers, families and workers.

Both Calloway and her oldest brother are named for the Saint, as well as two cousins who carry the name, Joseph.

Williams died in 1999, followed by his wife in 2013 — but not before leaving behind a business that has been generous to the Vicksburg community.

“Sometimes Rocket Cab was used as an ambulance service for the sick,” Calloway said.

When there were those who had no money to pay the taxi cab fare, Calloway said her father would get them to their destination free of charge.