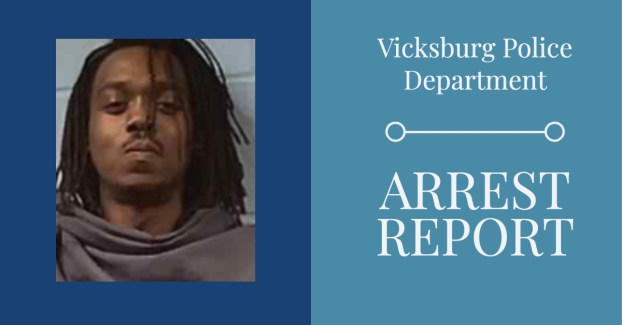 Cardell Hicks, 27, was arrested Thursday, June 10, at 11:29 p.m. after the GMC Sonoma he was driving was stopped for improper equipment on Clay Street.

He was charged with Driving Under the Influence, Third Offense. His two prior misdemeanor convictions, both in Vicksburg Municipal Court, were in 2017 and earlier this year.

Hicks appeared before Judge Allen Derivaux in Vicksburg Municipal Court on Friday, June 11, where he was bound over to the Warren County Grand Jury on a $10,000 bond.