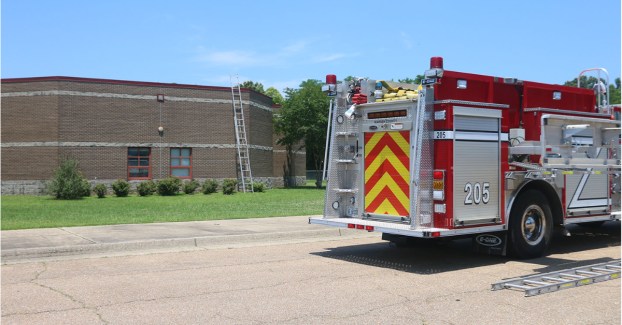 Firefighters from three departments reported to Sherman Elementary School Monday after a caller smelled smoke in the main building. A check of the roof determined there was no fire. (Photo by Terri Cowart Frazier)

Firefighters responded to a call at Sherman Elementary School around noon on Monday.

Firefighters were called to the scene after an individual reported smelling smoke.

“It was most likely in the HVAC system,” Briggs said.

Bovina, Culkin and Northeast firefighters responded to the fire.