2 days ago by Guest Columnist.

Earlier this month, Secretary of Defense Mark Esper announced a plan to equip the U.S. Navy with the ships we need to stay competitive with ... Read more

Before we forget, thanks to our election heroes

This is a preemptive “thank you” just in case we forget to say it in a few weeks. Thanks to the local, state and national ... Read more

Private and public partnerships can make a real difference

The city’s work, along with Entergy and contractors, to transition areas of the city’s street lights to LED has been an unmitigated success. For those ... Read more

Ken Harper has had a long legal career. He is respected by his peers and earned the trust of voters last November in being elected ... Read more 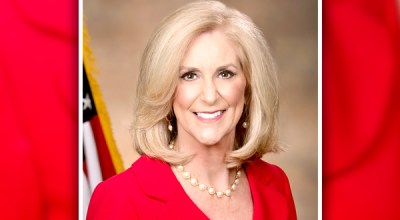 By Lynn Fitch, Mississippi Attorney General Since the turn of the century, the opioid epidemic has ravaged communities across the U.S. From 1999 to 2018, ... Read more

October is not just about trivial celebrations

Did you know October is National Toilet Tank Repair Month? The notion to have a month set aside for awareness of commodes was put in ... Read more

After more than four decades, I am Hildy Johnson

I am Hildy Johnson. For those of you out there scratching your heads wondering about that statement, I’ll explain. Hildy Johnson is a character in ... Read more

Mississippi is the most regulated state in the South. In 2018, as part of a national review of state regulations, the Mercatus Center at George ... Read more

I am fortunate to have grown up in a home with two loving parents. They gave me the care, stability, and training I needed to ... Read more

Those who adapt, survive and thrive

I had no clue I was going to be out of commission for as long as two weeks. After my foot surgery last Thursday, I ... Read more

When is enough, enough? For the city of Vicksburg, the Vicksburg Police Department and those longing for a safe and stable community, it would appear ... Read more

Health officials urge residents to get ready, get prepared for Delta

For many of us, hurricane season is routine and we are old hats at this. But every storm, every situation is different. With that in ... Read more

It’s time we got back to being a civilized society

What happened to civility in our world? Why can’t we have an intelligent discussion about issues without yelling, name-calling and threats or the execution of ... Read more

There is simply no way to run a headline big enough to honor the impact a new port in Vicksburg will have on the local ... Read more

Go beyond the superficial sizzle; vote no on Initiative 65

This election season, we face many consequential decisions. In addition to who should lead our country, we in Mississippi face a decision on how we should ... Read more

A vote for newspapers is a vote for democracy

Newspapers face another big election. It’s about them. While the United States is riveted by a most unusual presidential election, the newspaper industry is running ... Read more

By David Chavern, President & CEO, News Media Alliance In a year of fighting a global pandemic, historic protests for racial equality, and the rapidly ... Read more

The first presidential debate was held Tuesday night. Since it was a debacle, it would probably be more prudent to talk about the weather, and ... Read more

Fall in the South is here; time to get out and enjoy it

Wednesday morning as I opened the door and prepared to walk to go to work, a sudden chill hit me and sent me back inside ... Read more

Mahatma Gandhi, in describing an ineffective leader, once quoted that leader as saying “there goes my people, I must hurry to catch up with them ... Read more

Vicksburg is unbelievably blessed and challenged in so many ways when it comes to its history. While today our local economy flourishes off the tourism ... Read more

Here’s hoping for nothing but good news days

For the better part of three decades, I have sat at a keyboard and worked to share the stories of the communities in which I ... Read more

When the pandemic began, few could have imagined how hard it would hit our communities. Yet over the past six months, Americans have done a ... Read more

I am more than fine with moving ahead to Christmas

Fall has arrived and with it has come the Christmas rush. Yes! That’s right. I couldn’t believe my ears on Thursday when I heard news ... Read more

Last week, after our old 27-inch monster TV gave up the ghost and we switched to the 31-inch flat-screen we inherited from my mother-in-law, I ... Read more