3 months ago by John Surratt.

At this time, the political parties have not had their annual gatherings full of speeches and hoopla as they go through the process of selecting ... Read more

Why is there so much disagreement when it comes to our children? 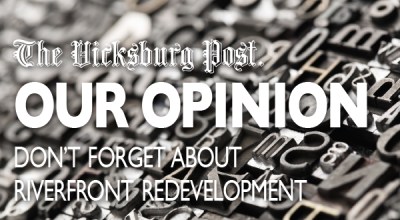 Over the years, we have urged city leadership at different times to focus on riverfront development. We have asked for comprehensive plans for how and ... Read more

DNA results bring about some closure for Hearn family

There is nothing we can say, or in this case, write, that would in any way ease the pain, the grief of the family of ... Read more

Never have I enjoyed a song sung so well

Composing a song, especially about love, is not as easy as it used to be. The age of Berlin, Rodgers and Hammerstein, Cole Porter, George ... Read more

Our nation has always defended free speech and the right to express different viewpoints. Until recently, it was fair to assume U.S. internet companies were ... Read more

Getting tested for COVID-19 has strengthened my resolve

As I sat in my car, waiting for my turn, I began to retrace my steps. Where had I been? Who had I talked to? ... Read more

We should have been. We fit all the criteria. In this, we had all the symptoms. When the Mississippi State Department of Public Health released ... Read more

With all that’s going on around us, we need a humor break

Wednesday morning I was listening to the radio as I drove to work and heard a comedy classic. It wasn’t a comedy routine like Abbott ... Read more

A not-so-loving letter to COVID-19

After watching a news segment Wednesday evening about some young people writing letters to express their distress and fear due to the heightened state of ... Read more

Decision to delay the school year was beyond Trustees’ control, but it was the right decision

You could tell this was not something they wanted to do. They had even voted against the idea less than a week ago. But Wednesday’s ... Read more

The time for arguing is behind us; let’s get to work and support our children

It’s a shame the discussion on when and how to reopen schools became a political debate, rather than one focused on the children. It is ... Read more

Cookies are my favorite food. But never Oreos or Vanilla Wafers. They really have to be distinctly different and tongue-catching. So it’s with great pleasure ... Read more 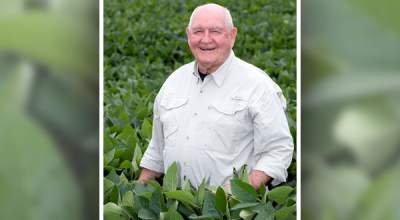 These past few months have been difficult for many Americans, both economically and emotionally. The coronavirus has impacted the way we lead our daily lives, ... Read more

The coronavirus pandemic began as a threat to public health, but its ripple effects have touched every area of life and created vast new needs. ... Read more

Our homes have become more important during this pandemic

This week, I recalled the chorus of a song written by British-American singer-songwriter and musician Graham Nash. “Our House” was released in 1970 on the ... Read more

Our society lurches ahead in the midst of gripping pandemic

Several months ago, my daughter showed me a YouTube video titled, “Southerners and Quarantine,” a humorous take on the COVID-19 pandemic and staying at home. ... Read more

In the South, we all grew up knowing if our mothers were counting, we were in trouble. We also knew that we did not want ... Read more

What is most obvious and lacking, I think, in the effort to reopen schools is a list of specifics; numbered, enumerated specifics that will add ... Read more

This past week, senators returned to Capitol Hill to resume work on major legislative priorities. For the 60th consecutive year, the Senate passed the National ... Read more

We have only ourselves to blame

We are right back to square one? Right back where we started? Only this time, far more are sick, nearly two dozen have died, and ... Read more

Wearing a mask to protect your friends, your family simply makes sense

The subject is masks. I know my colleagues and other columnists have written extensively about masks, so I guess one more treatise on the subject ... Read more

You may not be able to see it from behind my mask, but I am angry

I’m a little angry today. Well, maybe I’m a lot angry. Because of some, COVID-19 has become even more of a threat to all of ... Read more 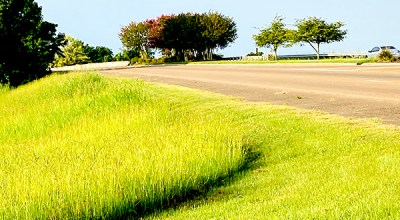 It is becoming evident that the city of Vicksburg may very well take matters into their own hands once again. It is once again clear ... Read more

Designing a new flag is an exciting opportunity for all Mississippians

For those of you who are fans of the television sitcom “The Big Bang Theory,” no doubt you are familiar with Sheldon Cooper. Sheldon is ... Read more